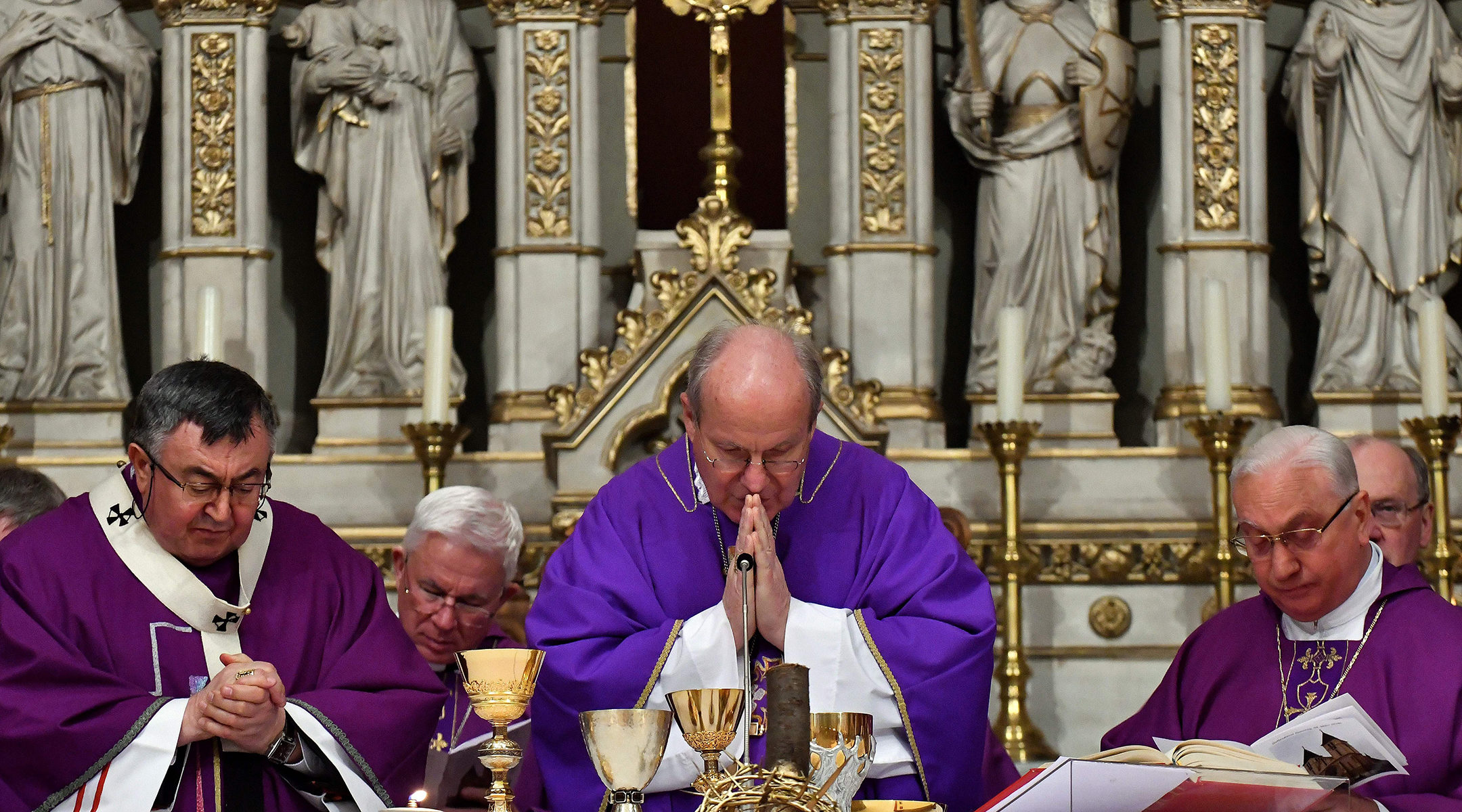 The archbishop of the Catholic Church in Bosnia, Vinko Puljic, left, with other clergymen at The Heart of Jesus Cathedral in Sarajevo, Bosnia and Herzegovina, March 4, 2018. (Elvis Barukcic/AFP via Getty Images)
Advertisement

(JTA) — Bosnia’s most senior Catholic clergyman plans to host a memorial service on Saturday for Croatian civilians and soldiers of the Nazi-allied Ustasha forces, the Dnevni Avaz daily reported Monday.

Jews in Bosnia and Israel’s embassy to that Balkan nation are protesting the plan, titled “Mass for Bleiburg,” and to be held at Sarajevo’s Heart of Jesus Cathedral.

Members of the Croat pro-Nazi Ustasha militia committed some of the goriest anti-Semitic murders documented in World War II. In May 1945, partisans killed tens of thousands of Ustasha soldiers and supporters who had fled to the Bleiburg environs in Austria, as the Allies progressed on Adolf Hitler’s Germany and its allies.

In recent years, commemorations of Nazi collaborators, including state and church officials, have become commonplace in Eastern Europe, where many regard them as patriots who fought Russian Soviet domination.

Many of the partisans, who were armed by the Soviet Union, were communists. The Ustasha also murdered thousands of Serbs.

The event’s organizers listed fascist leaders like Maks Luburic and Jure Francetic among those to be commemorated. They also said the event is meant to commemorate all war victims.

The Jewish Community of Bosnia and Herzegovina, a nonprofit representing local Jews, in a statement Sunday called the planned Mass a “memorial service for criminals responsible for the suffering of Sarajevans.”

The Israeli Embassy in Tirana, Albania, wrote in a rare rebuke: “We join the call of many leaders and of the Jewish community to the catholic church to reconsider their initiative.”