Israel and Hamas agree to ceasefire after 11 days of bloodshed 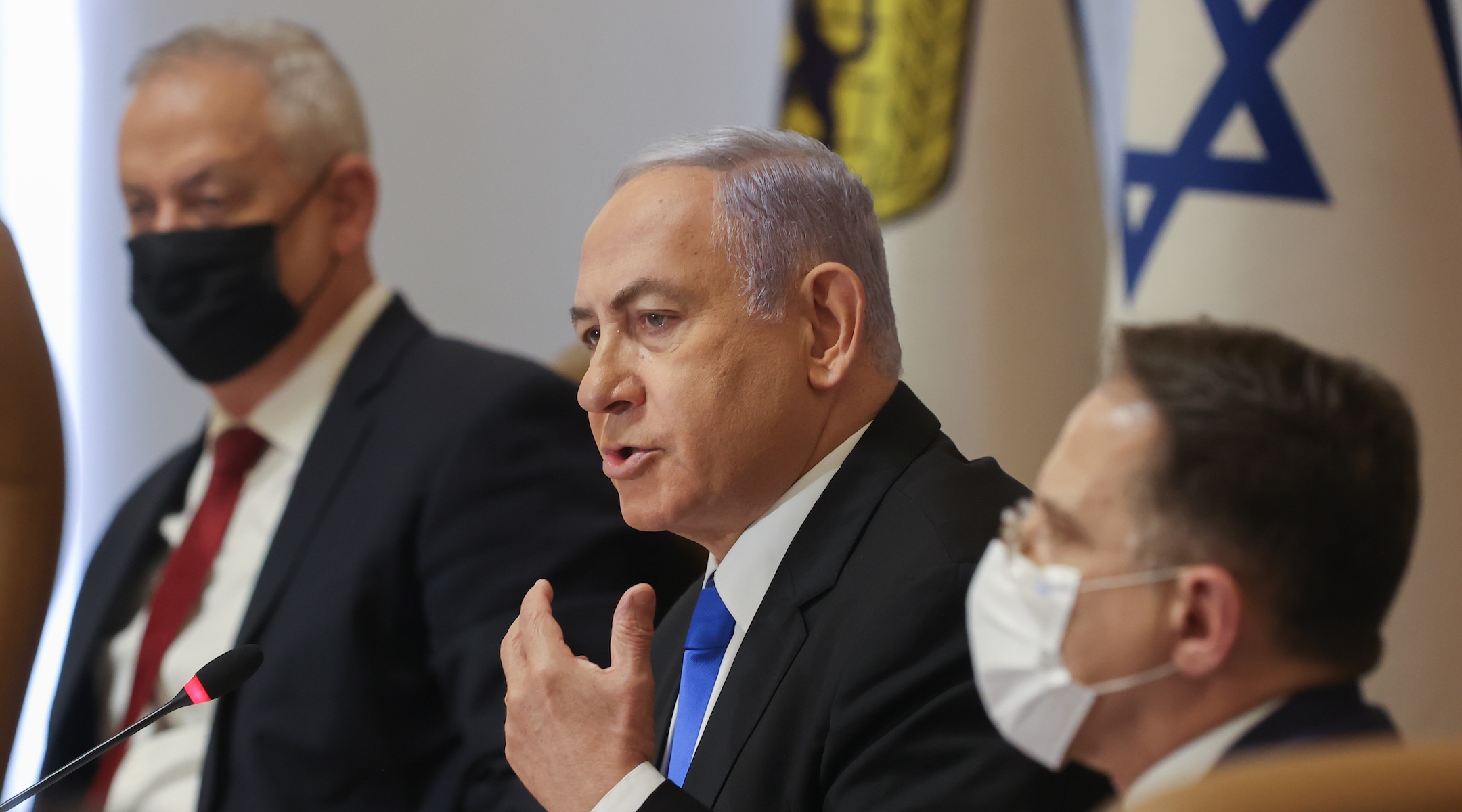 (JTA) — After 11 days of fighting, Israel and Hamas agreed to a “mutual and simultaneous” ceasefire on Thursday that began at 2 a.m. Friday Israel time.

Israel’s security cabinet unanimously approved the truce, according to reports, after military officials presented what they deemed the successful outcomes of their campaign. A Hamas official confirmed the news to Reuters on Thursday.

Israeli forces “achieved military goals unprecedented in their strength, accuracy and strategic significance in their fight against terror organizations in the Gaza Strip” tweeted Israeli Defense Minister Benny Gantz. “The reality on the ground will determine our course of action.”

The ceasefire was mediated by Egypt and supported by the United States and other countries. On Thursday, Vice President Kamala Harris tweeted that she spoke with Jordan’s King Abdullah about “our intensive diplomatic efforts to support the path to a ceasefire in Gaza.”

President Joe Biden had added to the international pressure on Wednesday, stating on a call with Israeli Prime Minister Benjamin Netanyahu that he expected “de-escalation” within a day.

Speaking from the White House Thursday evening, Biden reiterated the United States’ support of Israel’s right to defend itself, and thanked Egypt for its work on the ceasefire. He said the U.S. would work with the Palestinian Authority, but not Hamas, to deliver funds to rebuild Gaza.

“I believe the Palestinians and Israelis equally deserve to live safely and securely and to enjoy equal measures of freedom, prosperity and democracy,” Biden said. “My administration will continue our quiet, relentless diplomacy toward that end. I believe we have a genuine opportunity to make progress and I’m committed to working for it.”

About 230 Gazans and 12 Israelis died in the exchange of fire that began on May 9 with Hamas launching rockets into Israel. Since then, Hamas and other groups in Gaza have fired thousands of rockets at Israeli cities. Israel has responded with hundreds of airstrikes in Gaza.

The past two weeks have also seen widespread unrest in Israeli cities with large Jewish and Arab populations. Arabs and Jews were assaulted in the street, with some hospitalized for their wounds. Arab Israeli burned synagogues, stores and cars while crowds of Jewish protesters likewise vandalized Arab businesses.

The fighting in Gaza and Israel, and the unrest, followed weeks of protests in eastern Jerusalem and Jerusalem’s Old City. Palestinian protesters clashed with Israeli police multiple times on the Temple Mount, Judaism’s holiest site, which Muslims revere as the Noble Sanctuary, and which is the site of the Al-Aqsa Mosque.

There were also protests in the eastern Jerusalem neighborhood of Sheikh Jarrah, which some Jews refer to as Shimon Hatzaddik, over the pending eviction of Palestinian families from homes owned by Jews. Jews claim ownership over the houses of the Palestinians based on deeds Jews held before Israel’s War of Independence in 1948, after which Jews who lived in the houses were expelled from eastern Jerusalem. The Palestinian families who live there now, descended from Palestinians who were expelled or fled from Israel in the 1948 war, say that their eviction is part of a campaign of ethnic cleansing.

Hamas had said its bombing campaign was in protest of the pending evictions, and a Hamas official said, according to Haaretz, that the group received “guarantees that Israeli aggression at Al-Aqsa Mosque and Sheikh Jarrah will stop.” Israel said that claim was false and that the ceasefire was unconditional.