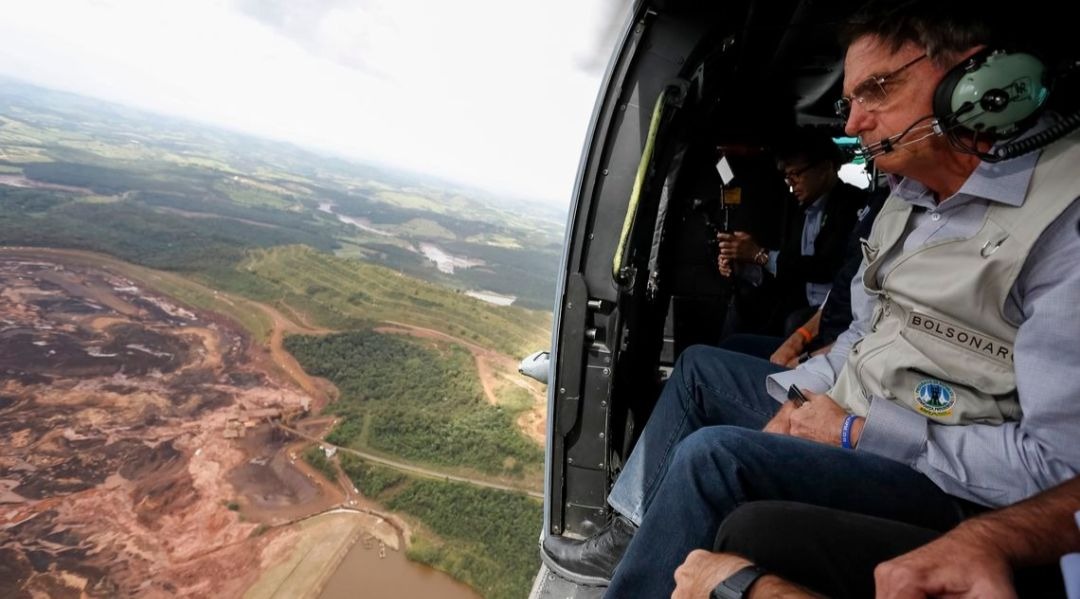 Brazilian President Jair Bolsonaro flies over the site of the dam breach at the mine in Brumadinho in the southeast of the county on Jan. 26, 2019. (Isac Nobrega / Agencia Brasil)
Advertisement

RIO DE JANEIRO (JTA) — Israel has sent a rescue team and equipment to Brazil to help in the search for hundreds feared dead following the collapse of a dam at a mine in the southeast of the country.

“By phone the 1st Minister of Israel, @netanyahu offered us help to search for missing people in the Brumadinho. We welcome and appreciate this Israeli technology at the service of humanity,” Bolsonaro tweeted on Saturday.

About 130 Israeli military and search-and-rescue team members specializing in catastrophes and their special equipment, left for Brazil on Sunday morning to help the families in the town of Brumadinho, where a dam used to store mining byproducts on Friday burst at an iron ore mine.

At least 40 are dead and up to 300 missing amid the mud and mine waste that has buried everything for miles around the mine. On Sunday morning a second dam was said to be at risk of breaking.

“I offered that Israel would dispatch aid to the disaster site and assist in the search for survivors. We agreed that an Israeli mission would leave within 24 hours,” Netanyahu tweeted after talking to Bolsonaro on Saturday.

Brazilian Jewish communities in Rio, Belo Horizonte and Sao Paulo also are mobilizing to gather donations for victims of the dam breach and to help the Israeli workers.

Netanyahu attended Bolsonaro’s inauguration on Jan. 1 in the very first visit of a sitting Israeli prime minister to Brazil. They called each other “brothers” and promised a new era of friendship ties between both countries.