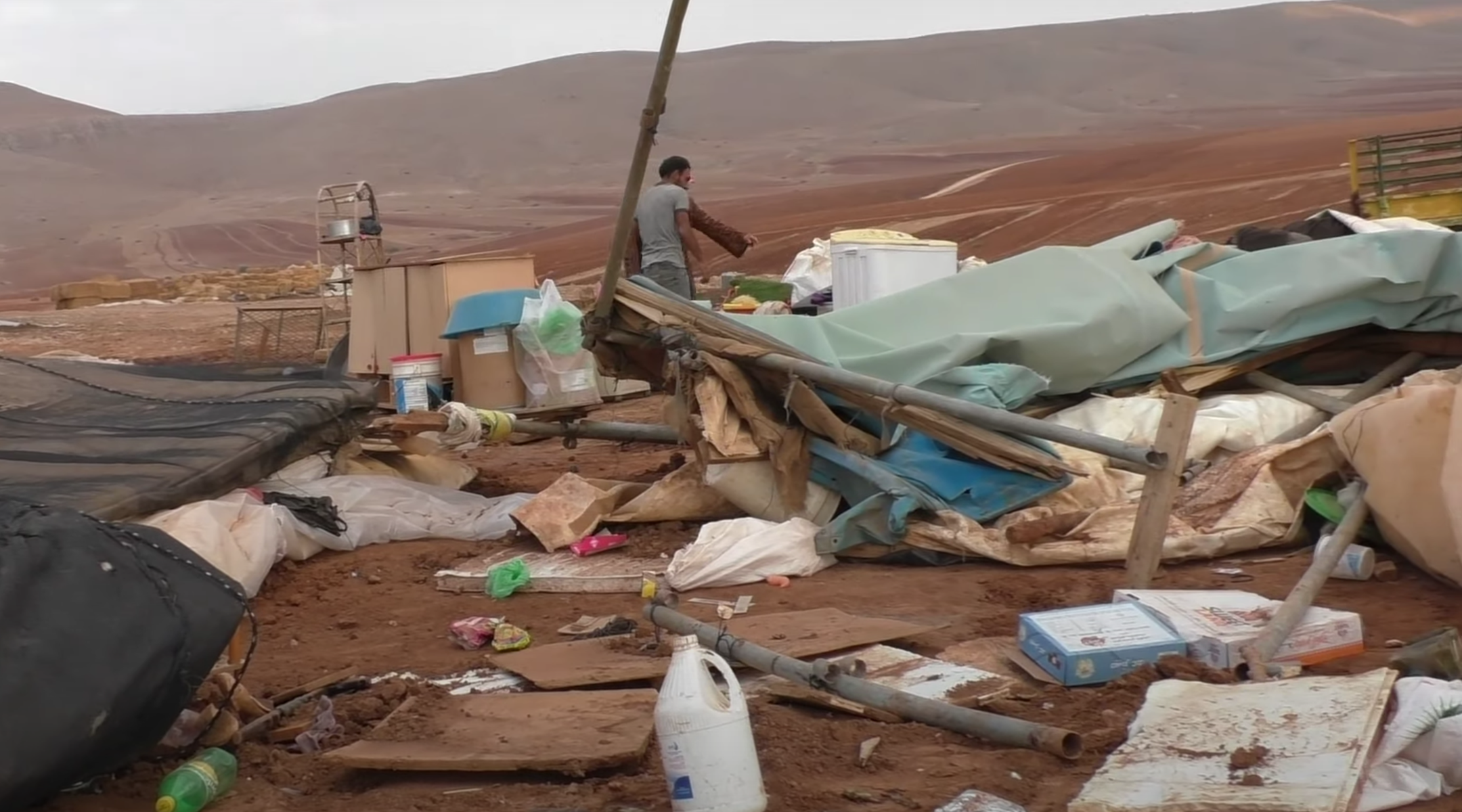 Footage from a video uploaded by the B'Tselem group shows the remains of a Bedouin village in the West Bank. (Screen shot from YouTube)
Advertisement

(JTA) — Israel razed a Bedouin village in the West Bank on Tuesday, claiming that the villagers did not have building permits, according to reports.

Some 73 people were displaced by the demolition, which a U.N. official said was the largest action of its kind by Israeli forces in a decade.

“As the attention is focused on #USElection2020, Israel chose this evening to commit another crime/ cover it up: to demolish 70 Palestinian structures, incl. homes,” he wrote on Twitter.

Israel’s army liaison to the Palestinians confirmed the demolition but did not comment on the timing, Reuters reported.

Footage uploaded to YouTube by the B’Tselem Israeli human rights group shows construction vehicles filing into the area and the aftermath of the demolition. The footage showed beds, toilets and other household items out in the open.

Some of the displaced residents had moved back to the village site on Thursday, Reuters reported, and are staying in tents donated by aid groups.

“They want to expel us from the area so that settlers can live in our place, but we will not leave from here,” a resident said.

The Israeli Supreme Court last year rejected the residents’ petition to remain, saying it had been an army training area since 1972.