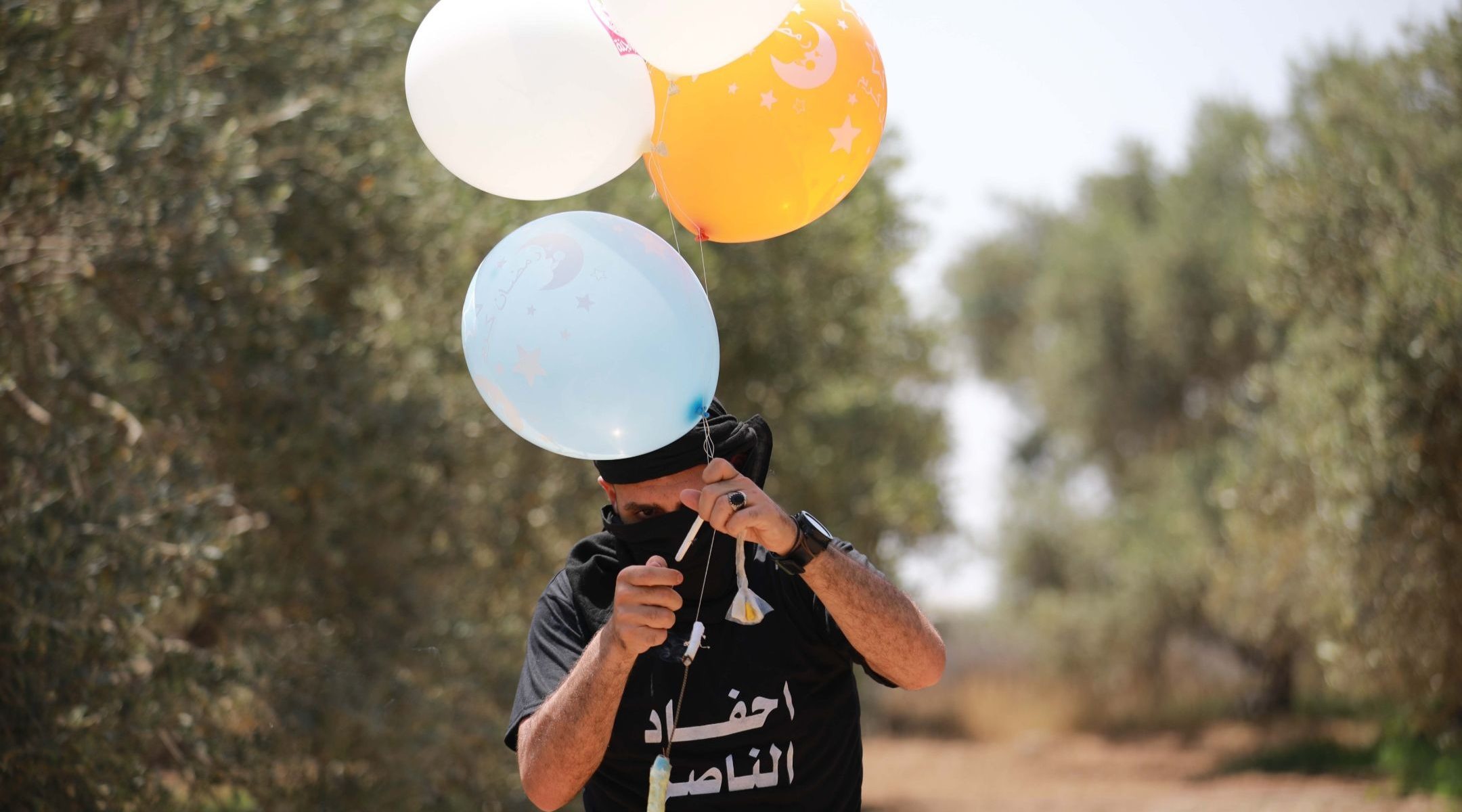 JERUSALEM (JTA) — Israel halted the transfer of fuel into Gaza following a rise in arson attacks from incendiary balloons that have burned farmland and woodland in southern Israel.

The announcement on Tuesday came after 13 fires were ignited in Gaza border communities the previous morning. One of the incendiary balloons landed on a kindergarten building, according to reports, but did not cause any injuries.

Eight fires were ignited over two hours on Tuesday afternoon alone in the wake of the announcement, Ynet reported.

The fuel is used to power Gaza’s only electric plant. In recent weeks, in response to the arson balloons, Israel placed restrictions on the Gaza fishing zone.

“In the wake of the uptick of incendiary balloons from Gaza into Israel and arsons in the Gaza border area, it has been decided to stop transfers of fuel to the Gaza power station via the Kerem Shalom crossing beginning this morning,” COGAT, the Coordinator of Government Activities in the Territories, said in a statement.