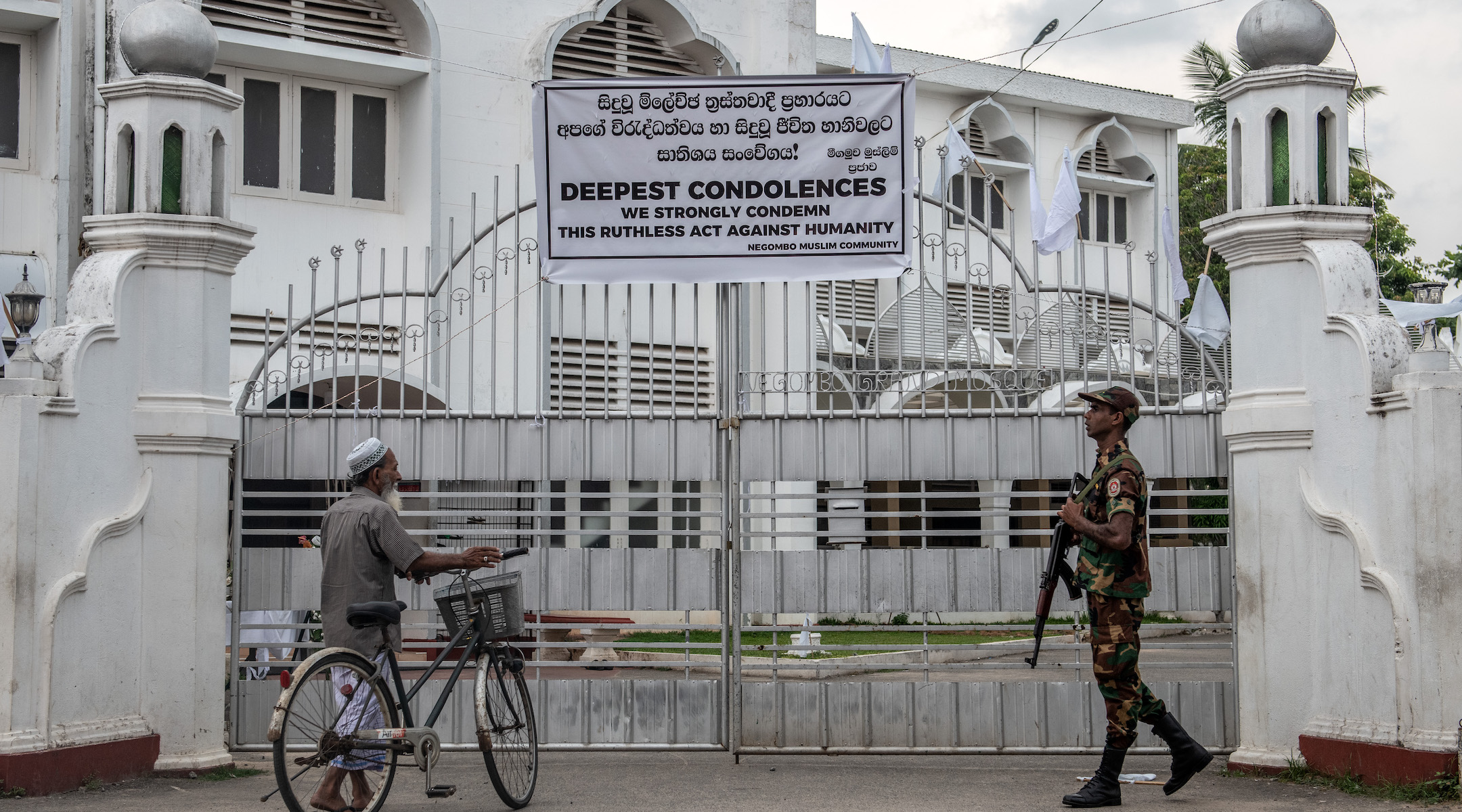 A soldier speaks with a man as he enters a mosque that had been used as a shelter by Muslims fearing reprisals following the Easter Sunday attacks on churches and hotels, in Negombo, Sri Lanka, April 25, 2019. (Carl Court/Getty Images)
Advertisement

The warning issued by the Israel National Security Council’s Counter-Terrorism Bureau on Thursday, four days after a terror attack at eight churches and hotels in three cities in Sri Lanka killed at least 359 people and injured hundreds, called on Israelis already in Sri Lanka to leave as soon as possible and for those planning trips to cancel or delay those plans.

It is the bureau’s second highest warning.

The decision to issue the warning came in consultation with representatives of Israeli security organizations and the Foreign Ministry, according to the Counter-Terrorism Bureau.

The Islamic State claimed responsibility for the Easter Sunday attack.

Two Jewish teenage siblings from London, who were dual citizens of the United States, were among those killed in the attack.