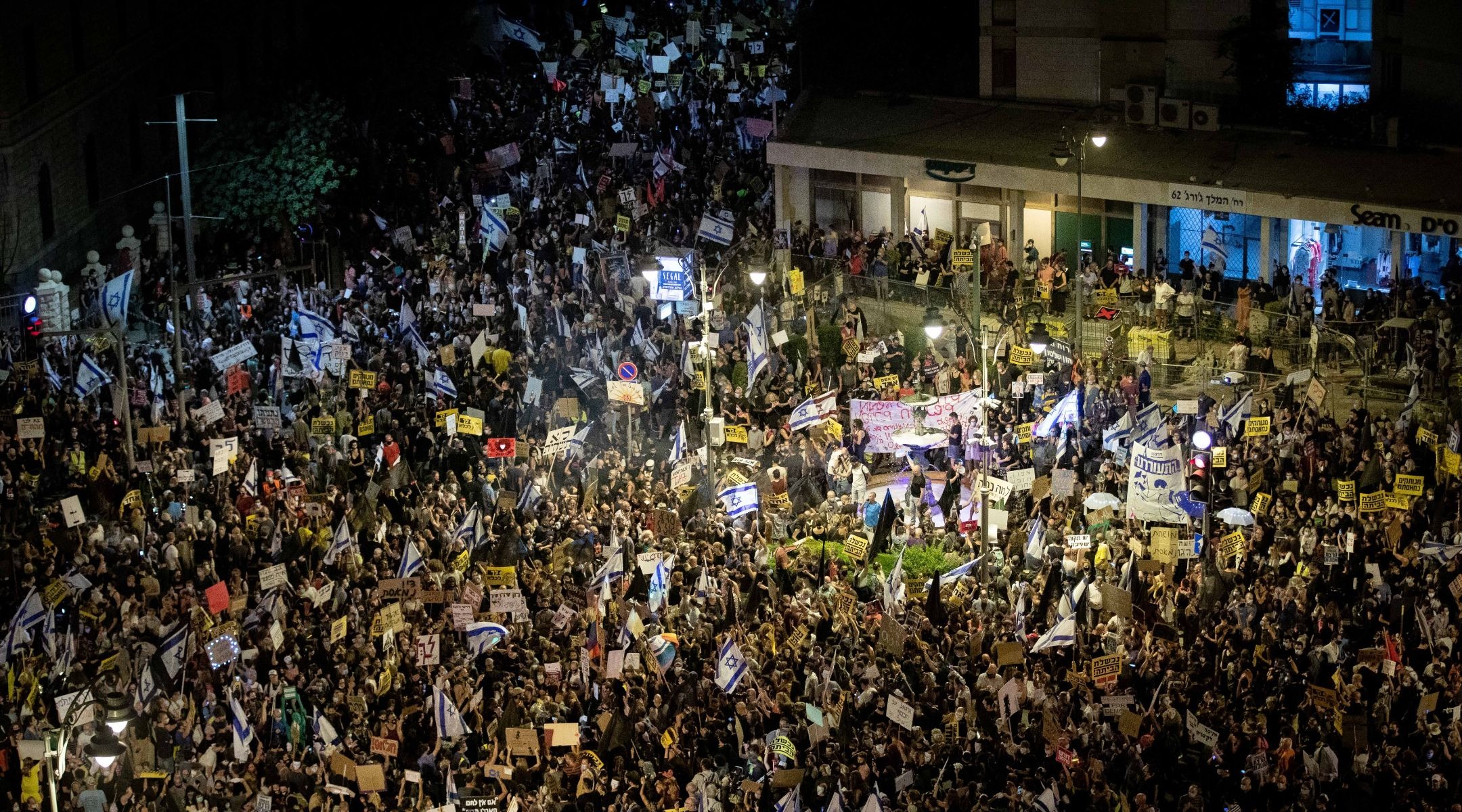 (JTA) — Public protests in Israel will be limited during the coronavirus lockdown under legislation passed early Wednesday by the Knesset.

Protesters will be prohibited from traveling more than 1 kilometer, or 0.6 miles, to participate in a demonstration and outdoor gatherings will remain limited to 20 people.

Hours after the legislation passed in a 46-38 vote, a watchdog group filed a challenge  in the Supreme Court saying the measure violates the democratic right to protest. The petition by the Movement for Quality Government in Israel called for a freeze on the legislation pending a review of its restrictions.

Among those who voted against the legislation on the second and third readings were two members of the Blue and White party, which is part of the ruling coalition. The Likud party and Blue and White, which make up the majority of the coalition government, had spent days negotiating the content of the legislation. Likud had wanted the restrictions to continue even after the complete lockdown of the country.

Protests numbering up to 20,000 have been taking place outside of Likud Prime Minister Benjamin Netanyahu’s residence for several months, led by various groups protesting his remaining in office while on trial for corruption, his handling of the economy and his failure to stop the spread of the coronavirus.

The legislation will cap protests at 2,000 individuals protesting in 100 capsules of 20 people, based on the size of the area designated for protest outside of the prime minister’s official residence, according to The Times of Israel. The protesters must live within a 0.6-mile radius of the building.

The limits were approved alongside the approval of a special state of emergency, which means that rules may be extended for up to three weeks, but each extension will need to be passed in the Cabinet and can be canceled by the Law, Constitution and Justice Committee. The state of emergency does not allow for a complete ban on either protests or religious observance, including prayer services.

On Tuesday morning, the Law, Constitution and Justice Committee voted 9-6 to approve the limits on protests. The full Knesset vote followed overnight debate.

Israel’s lockdown to stop a record spread of the coronavirus is expected to last beyond the Sukkot holiday, which ends on Oct. 9.