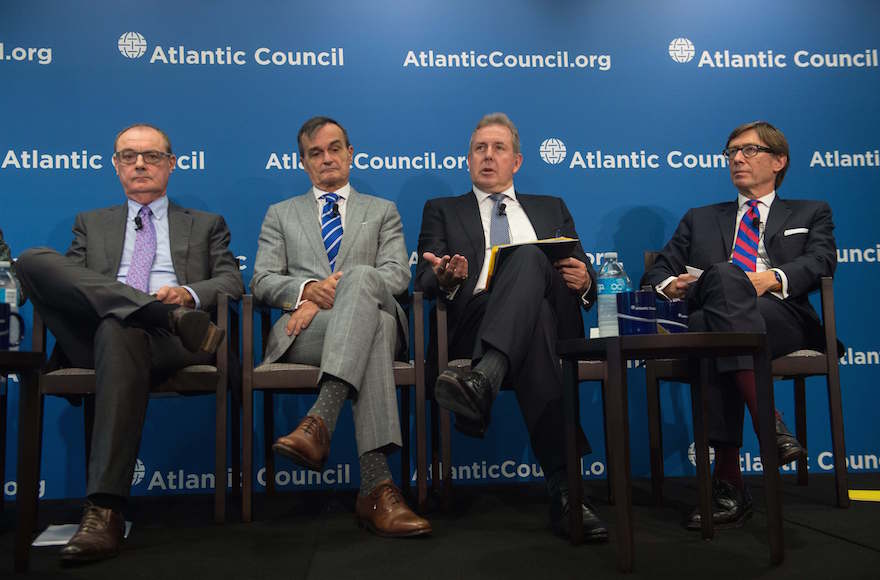 JERUSALEM (JTA) —  The outgoing French ambassador to the United States, a former envoy to Israel, said that Israel is an apartheid state.

Gerard Araud, who last week ended his five-year tenure in Washington, D.C., told the Atlantic in an interview published Friday that Israel is hesitating to make “the painful decision about the Palestinians” – to leave them “totally stateless or make them citizens of Israel.”

“They [Israel] won’t make them citizens of Israel. So they will have to make it official, which is we know the situation, which is an apartheid,” he said. “There will be officially an apartheid state. They are in fact already.”

On Tuesday, Araud clarified in a series of tweets that he does not think that Israel is an apartheid state, just the West Bank.

I am not backpedaling. Israël is not an apartheid state. Why this issue is attracting so much passion from both sides?

Israel’s Foreign Ministry summoned the French ambassador there for reprimand over the Araud statements. Araud is scheduled to visit Israel early next month, and all Israeli officials have been barred from meeting with him, Haaretz reported.

Araud served as ambassador of France to Israel from 2003 to 2006. His first diplomatic posting was as first secretary at the French Embassy in Tel Aviv from 1982 to 1984.