Israel to start vaccinating Palestinians who work in Israel and West Bank within days, military says 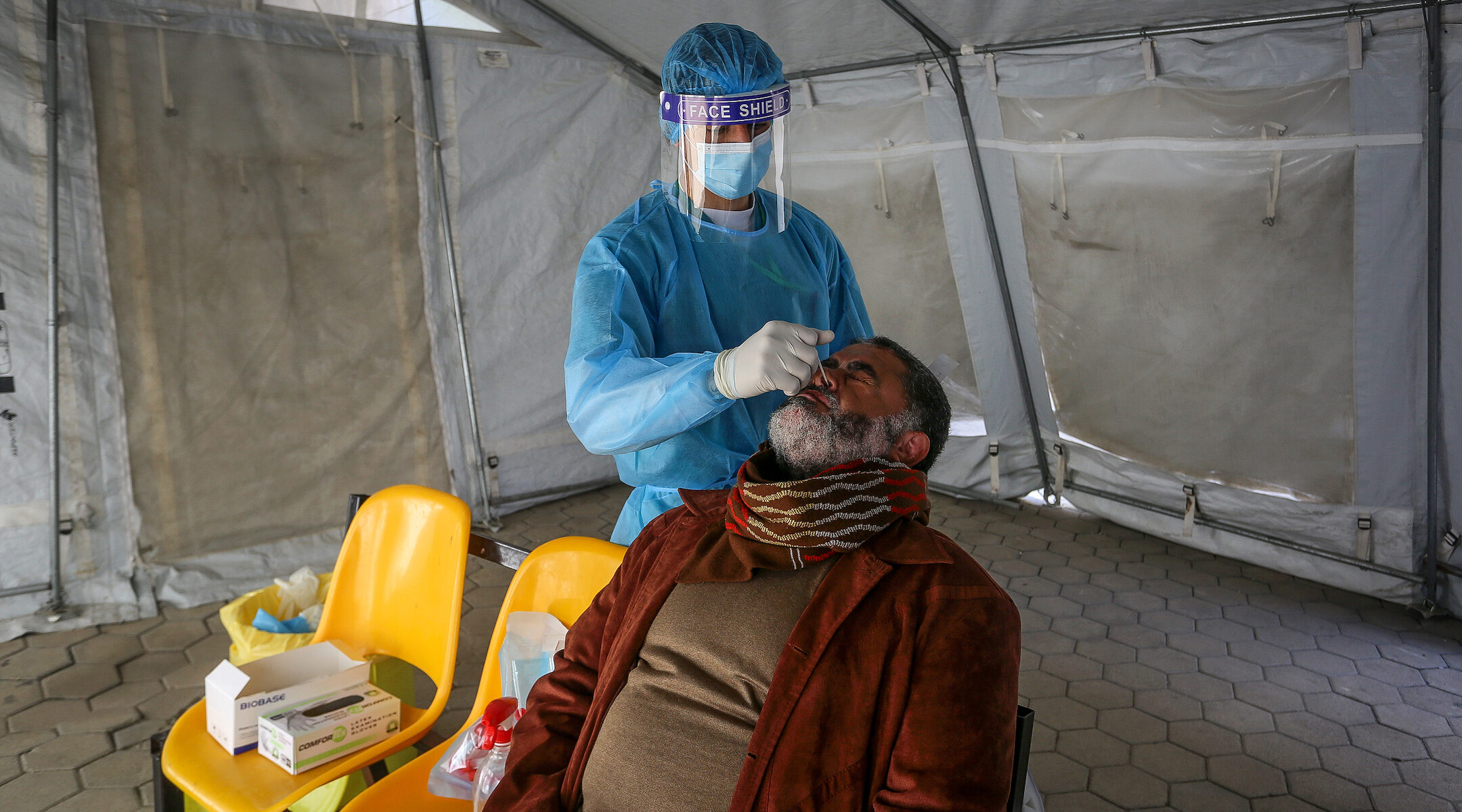 A Palestinian health worker tests a man for the coronavirus at a health center in Rafah, in the southern Gaza Strip, Feb. 16, 2021. (Abed Rahim Khatib/Flash90)
Advertisement

(JTA) — After waves of international pressure and the failure of a plan by Prime Minister Benjamin Netanyahu, Israel will start vaccinating Palestinian workers in its official territory and the West Bank within days, its military announced Sunday.

While Israel has conducted the fastest vaccination program in the world, the country has drawn criticism for not offering to vaccinate Palestinians in occupied territories or giving the Palestinian Authority more of its surplus supply of vaccines. Israel says the P.A. is responsible for citizens in its jurisdiction under the Oslo Accords.

Netanyahu had announced a plan to begin giving a “symbolic” quantity of vaccines to the P.A. and a few other friendly countries last week, but that ran into legal hurdles.