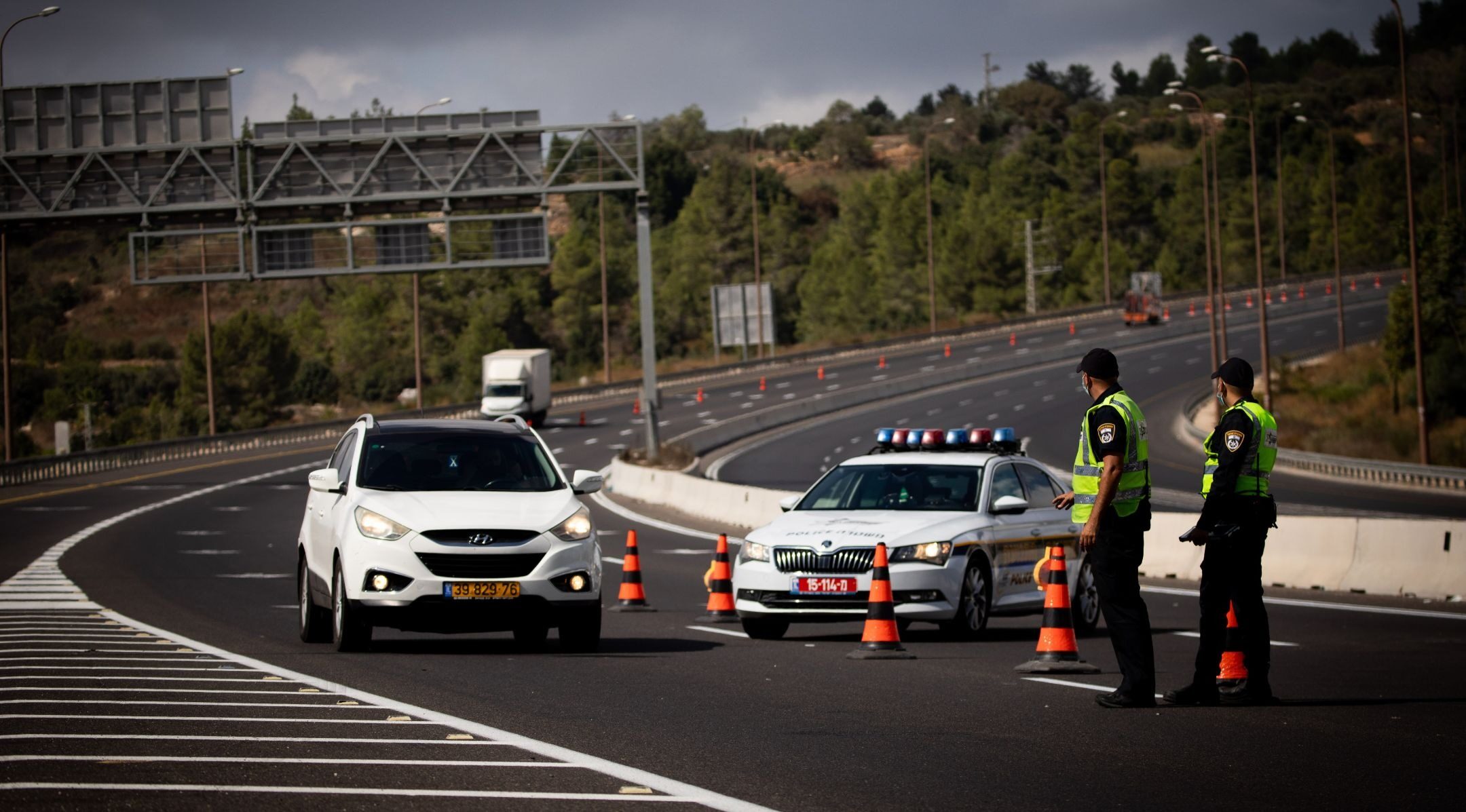 Police operate a termporary roadblock on Highway 1 outside Jerusalem on Sept. 26, 2020, during a nationwide lockdown. (Yonatan Sindel/Flash90)
Advertisement

(JTA) — Israel confirmed more than 8,000 new coronavirus cases in one day, a new high, as the rate of tests coming back positive climbed to 14% and Prime Minister Benjamin Netanyahu acknowledged that the country opened too fast after the first lockdown.

Israel currently is more than two weeks into a second lockdown aimed at curbing the spread of COVID-19. On Saturday, the Health Ministry reported that 8,315 new coronavirus cases had been confirmed Friday. As of Sunday morning, there have been 1,450 Israeli deaths from the coronavirus.

“Did we make mistakes in the past? Of course,” Netanyahu said in a Hebrew video posted on social media. “Our decision to open event halls was too fast. Perhaps also the decision to reopen all schools.”

Meanwhile, coronavirus czar Ronni Gamzu apologized specifically to haredi Orthodox Israelis, who have felt targeted by the restrictions. A top haredi lawmaker resigned from the government to protest the lockdown’s timing during the High Holidays.

Netanyahu called on Israelis to avoid attending synagogue this Yom Kippur, which the vast majority of them do in a typical year. The lockdown rules permit up to 50 people to attend services indoor at a time in some areas, and 25 in areas with high infection rates.

In a separate Facebook post, Netanyahu offered oblique criticism of the protesters who have been staging weekly protests against his leadership, including his handling of the pandemic. He juxtaposed a picture of the Western Wall Plaza uncharacteristically empty against a picture of the 16,000 protesters who gathered in Jerusalem Saturday night. About 150 protesters were fined for not adhering to social distancing rules, and the government will again take up legislation that would limit protest and public prayer during the lockdown on Tuesday.