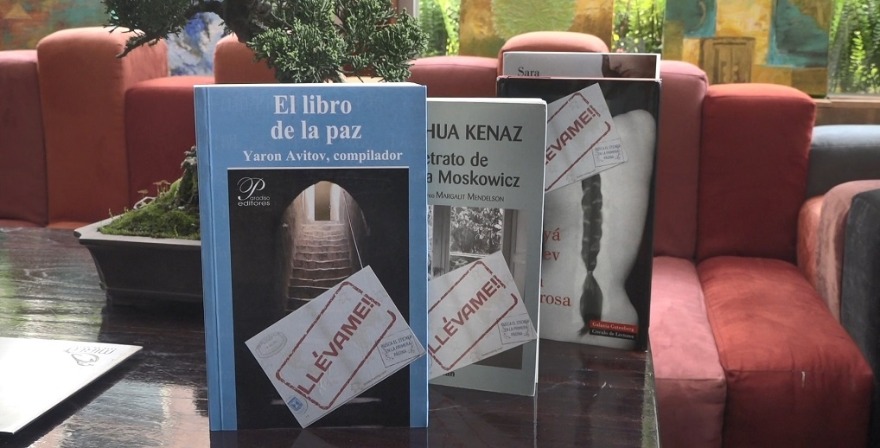 Israeli books translated into Hebrew are labeled "take me" in a public area on a street in Ecuador. (Courtesy of Israeli Embassy in Ecuador)
Advertisement

(JTA) — More than 200 books of Israeli literature translated into Spanish were “released” on streets of different cities in Ecuador.

Each book has a code and is registered on the bookcrossing.com website. By entering the code, one can track the places where the book has traveled and share comments about it.

“Although the platform has been available for many years, it has never been used in Latin America before. The idea is very interesting and romantic,” said Israel’s ambassador to Ecuador, Edwin Yabo.

In addition to the capital city Quito, Israeli books were released in Guayaquil, Riobamba, Santo Domingo, and the Galapagos Islands.

“It is a cultural and social project because it is a way of converting public spaces into large libraries,” Yabo said.

“We will not forget the humanitarian response of Ecuador” during the Holocaust and the establishment of Israel, Rivlin said. He recalled Manuel Antonio Munoz Borrero, who was declared Righteous Among the Nations by Yad Vashem in Jerusalem for saving the lives of some 700 Jews when he served as the country’s consul in Sweden during World War II.