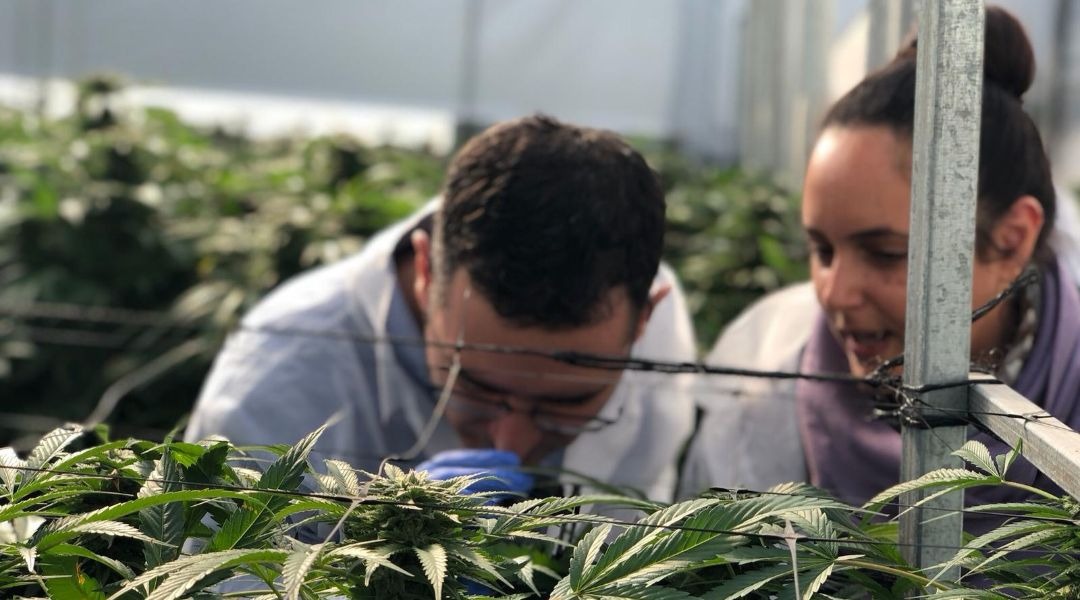 There are at least eight cannabis-growing companies operating in Israel, along with several others involved in production, marketing and distribution. (Eyal Basson/ Israel Ministry of Health)
Advertisement

Some of the countries reportedly eager to trade with Israel include Australia, Germany, Austria and Mexico, according to Forbes.

The approval on Sunday comes a month after the Knesset passed legislation to pave the way for the legal export of medical cannabis. The Netherlands and Canada already export medical cannabis.

A committee made up of the Finance and Health ministries had recommended allowing the export following a  process promoted by the Ministry of Health. It which would treat medical cannabis as medical product like any other — including labels, instructions and dosages– that would be sold in pharmacies with prescriptions under the same strict standards as purchasing other medicines.

The process to write and approve the actual procedures will take up to a year to complete, according to reports.

Licenses for medical cannabis companies will be granted by the Health Ministry and will require police approval.

The committee determined that the state could make up to $1 billion per year in tax revenue from the exports.

There are eight cannabis growing companies operating in Israel and several others involved in production, marketing and distribution. Dozens of other farmers hold licenses to grow cannabis, but had delayed planting as the export legislation was being considered.