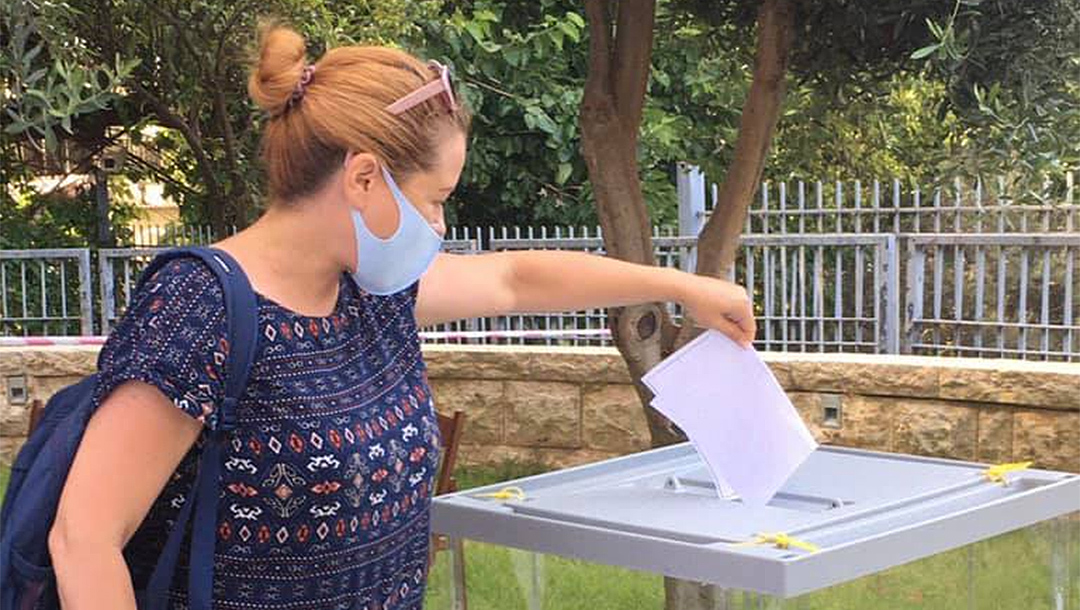 Yael Ilinsky votes for a second time at the Russian consulate in Haifa, Israel in June 2020. (Yael Ilinsky/Facebook)
Advertisement

(JTA) — A dual citizen of Israel and Russia who posted pictures of herself voting three times in Russia’s constitutional referendum is facing criminal charges for elections fraud.

Yael Ilinsky, who lives in the Israeli city of Nahariya, said she posted pictures of herself voting three times in Israel during the referendum voting, which took place from June 25 to July 1. On Friday, she told Kan that her actions were meant to expose problems with voting procedures to prompt Russian authorities to improve them.

“The voting method in Russia is generally flawed and my experiment showed there’s zero oversight over votes abroad,” she told Kan.

Ilinsky documented herself casting a vote online at home, at the Russian embassy in Tel Aviv and at the Russian consulate in Haifa. Her post on Facebook went viral.

Ilinsky last visited Russia in December, but said she will not return until the investigation against her ends, she told Kan.

“Instead of addressing the problems exposed, they’re going after the person who exposed them. It’s very disappointing,” she said.

Among other things, the referendum concerned a proposal to amend the Constitution to permit President Vladimir Putin to seek two more six-year terms as president after the conclusion of his current one in 2024.  The referendum passed easily.