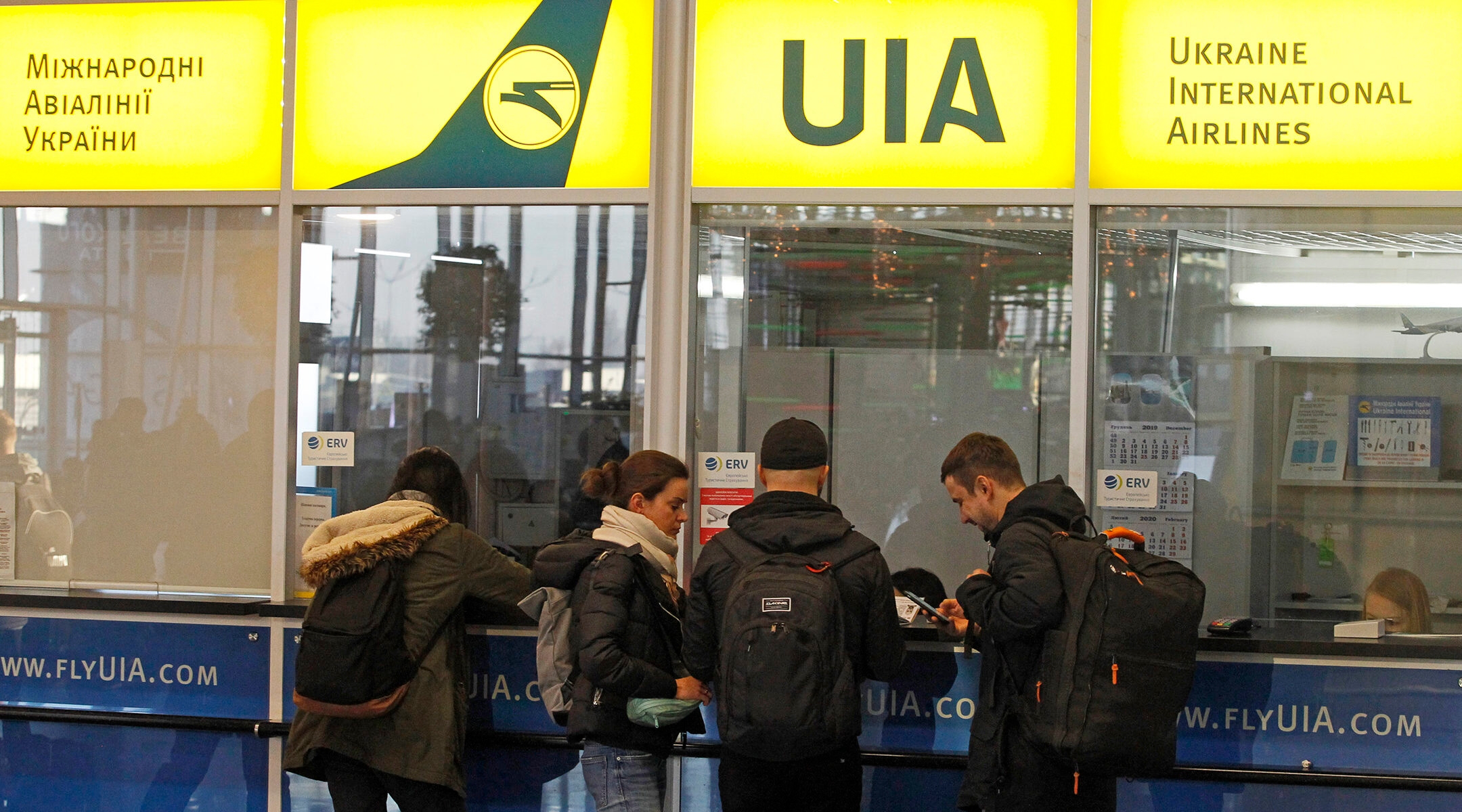 (JTA) — An Israeli court has ordered Ukrainian Airlines to pay damages to passengers who said that employees made anti-Semitic jokes at their expense.

The ruling this week by the Rishon Lezion Small Claims Courts was on a lawsuit filed last year by two passengers who said that two female staffers on April 24, 2019, asked “why do the Jews have such problems with paying” and said “only 60 euros and the Jews won’t pay” during boarding in Vienna, Austria.

Ukrainian Airlines was ordered to pay each of the two plaintiff $1,554 in damages, the Israeli newspaper Globes reported Tuesday, though it denied their personnel made the remarks.

According to the ruling, the employees made the comments after the two passengers transferred objects from their carry-on luggage to the hold luggage to avoid paying a surcharge, the court ruled.

An argument ensued, the passengers missed their flight, had to purchase another for $1,000 and were separated from the hold luggage for 24 hours.

The airline said the passengers missed their flight because they had insisted on avoiding the surcharge and were rude to the ground personnel.

Since the fall of communism, many thousands of Orthodox Jews have flown each year with Ukrainian Airlines to Jewish heritage sites in Ukraine, including the city of Uman. Racist incidents involving the firm and Jewish passengers are extremely rare.