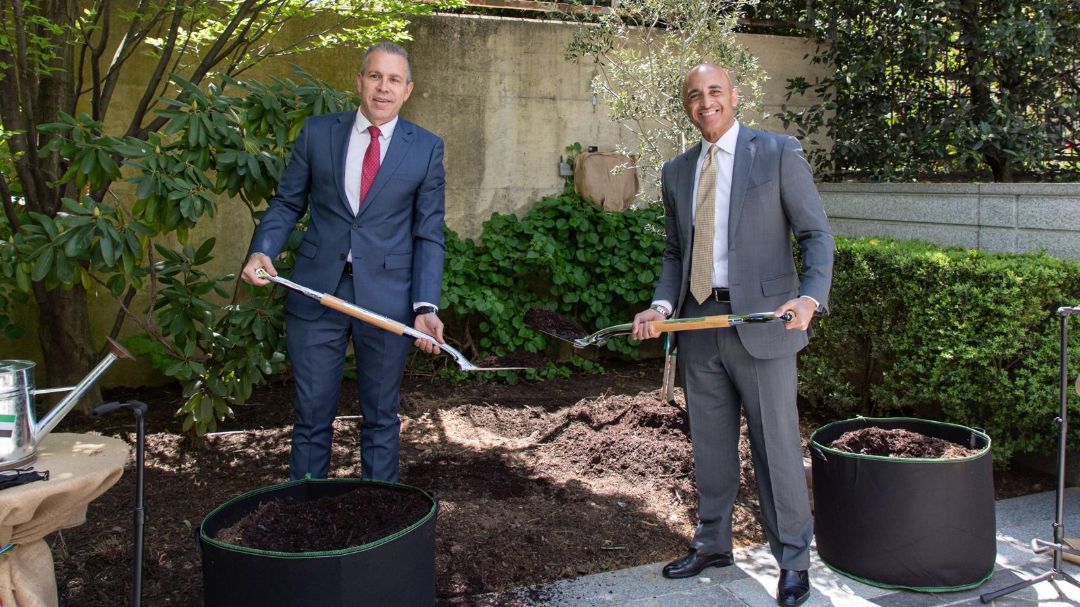 WASHINGTON (JTA) — Israel’s ambassador to the United States and the United Nations joined a number of his Arab counterparts in planting an olive tree at the United Arab Emirates Embassy, spotlighting environmental cooperation as part of the recent normalization of ties between Israel and several Arab countries.

“Warmer relations will help get us to a cooler planet,” said Yousef Al Otaiba, the UAE ambassador to the United States, said at Tuesday’s ceremony. “Normalization is already accelerating climate cooperation between the UAE and Israel. ”

Israel’s ambassador to the United States and to the United Nations, Gilad Erdan, said he had raised regional environmental cooperation with John Kerry, the Biden administration’s climate czar who for decades has also been deeply invested in Israeli-Arab peacemaking. Kerry is a former secretary of state.

“Now that the Abraham Accords have unlocked the tremendous potential for cooperation between our peoples, we can lead the way in developing the green technologies that will power a green economic recovery for our countries, our region and the entire world,” Erdan said.