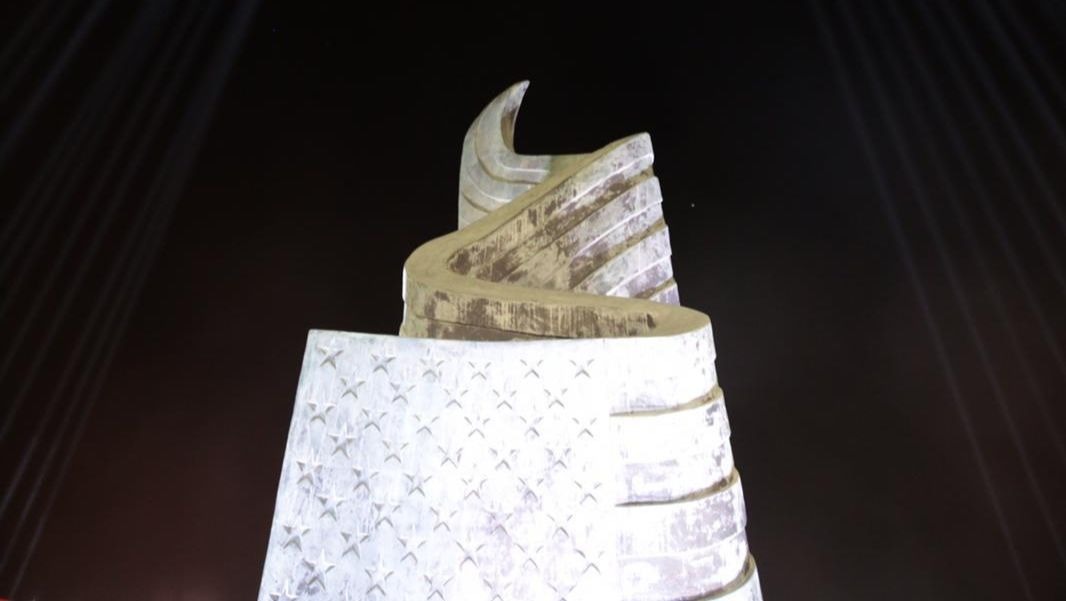 The 9/11 Living Memorial Monument in Jerusalem is the scene of an annual commemoration. (Haim Versano)
Advertisement

JERUSALEM (JTA) — Diplomats and Israeli families who lost loved ones on 9/11 were joined by United Airlines pilots, firefighters and police officers to mark the 18th anniversary of the terror attacks.

Among those on hand for the ceremony on Wednesday were the U.S. ambassador to Israel, David Friedman, and the U.S. secretary of veterans affairs, Robert Wilkie.

The 30-foot-high bronze sculpture is the only monument outside of the United States to include all the names of the 9/11 victims. It portrays the American flag folded into the shape of a memorial flame. A metal shard from the ruins of the Twin Towers is incorporated into the base of the monument.

On Tuesday evening, a ceremony in Jerusalem inaugurated the “Tribute in Light,” in which two beams of light were ignited that stretched nearly 1,000 feet above the city — similar to the Ground Zero tribute in New York.

“We stood together in solidarity on 9/11 and we knew that terrorism could not defeat us,,” Friedman said at the ceremony. “Standing here today at this beautiful memorial, we all recall that terrible day in 2001 and we honor the memory of the victims. In their honor, let us also reaffirm our sense of solidarity and commitment to our most cherished values. That will be the lasting legacy of 9/11.”