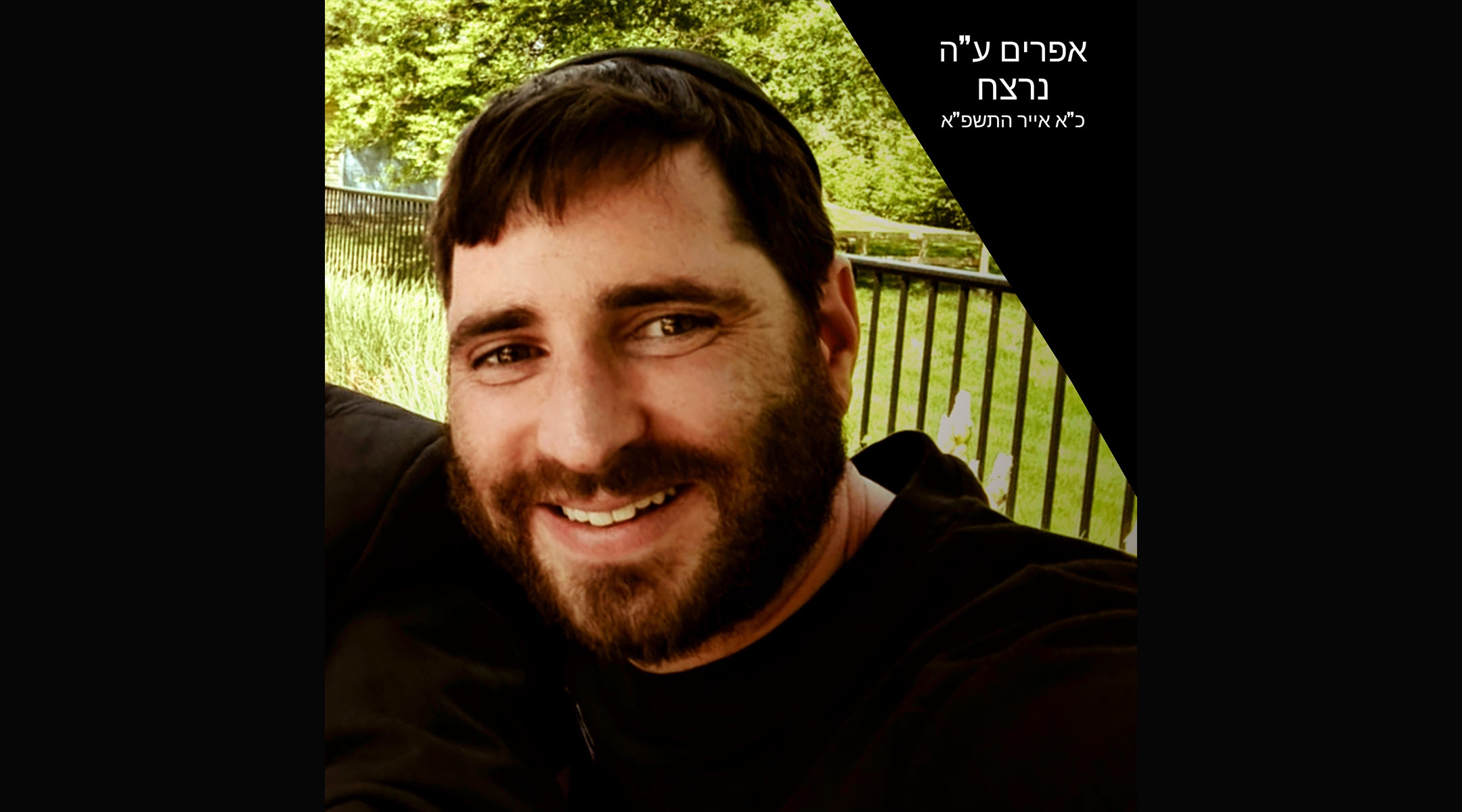 A photo of Efraim Gordon from a crowdfunding page soliciting donations to help his family transfer his body back to Israel. (The Chesed Fund)
Advertisement

(JTA) — An Israeli man visiting Baltimore to attend a wedding was shot dead in a robbery outside the house where he was staying.

Video surveillance from homes in the heavily Jewish area on Fords Lane in the northwest part of the city shows three youths approaching Efraim Gordon as he leaves a car and enters his aunt and uncle’s house. One then shoots Gordon.

Police arrived after midnight, early Monday, and took Gordon to a hospital, where he died.

Gordon was affiliated with Chabad-Lubavitch, according to the movement’s newsletter, Chabad Online, which identified him as a Jerusalem tech entrepreneur. He was 31. Chabad Online said he was attending a cousin’s wedding.

“The community has now suffered the ultimate loss from the horrific violence plaguing this City,” he said. “Our efforts to ensure the safety of our constituents will not only continue but will increase.”

There were at least 92 homicides in 2021 in Baltimore by Monday, compared with 105 in the same period last year.

Schleifer through local media urged residents to share any video surveillance they had to apprehend the killers.

Gordon will be buried in Israel. An online effort to raise money for his return and for the funeral raised three times the requested amount of $15,000 by midday Tuesday.