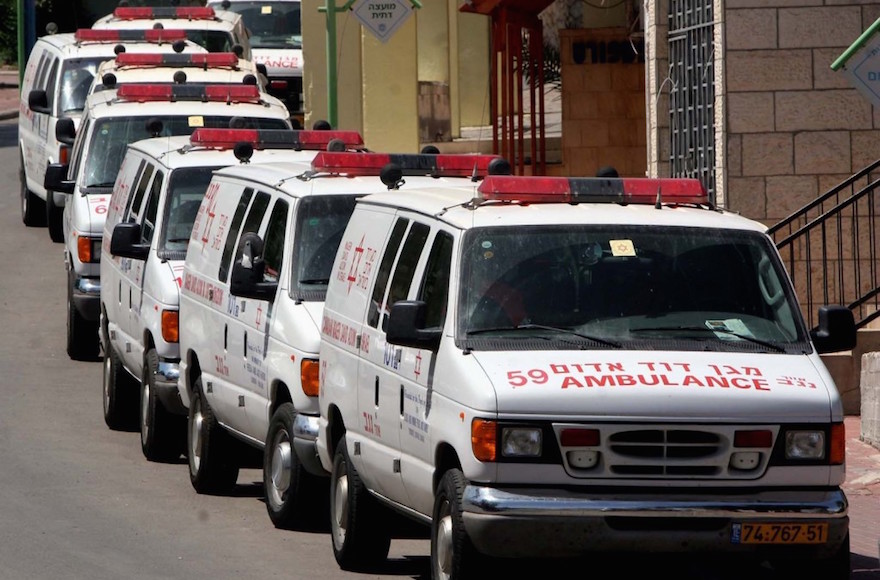 Issachar Weiss, 24, started at 4:30 a.m. Sunday in the suburb of Givatayim and arrived to find the baby crowning. He called on the mother to push and delivered the baby.

At about 5 a.m. Monday, Weiss was called to Bnei Brak to help a woman deliver her son after she failed to make it to the hospital on time. The same day at 5 p.m., he delivered a baby for a woman in the Hatikvah neighborhood of Tel Aviv.

Weiss said in a post on MDA’s Facebook page that he thinks this is a record for home deliveries for the emergency service.

“Birth at home is a very unusual thing. We don’t like to do it, but when happens and is successful it’s really fun,” he said. “Only for me it was times three in 48 hours. I am still so excited. ”

The Israeli Hebrew-language daily Yediot Acharonot published an article on its back page with the headline “HaSandak 3,” an apparent pun on the “Godfather” film series, which is called “HaSandak” in Hebrew. In Hebrew, the sandak is the person who holds a baby boy at his bris.