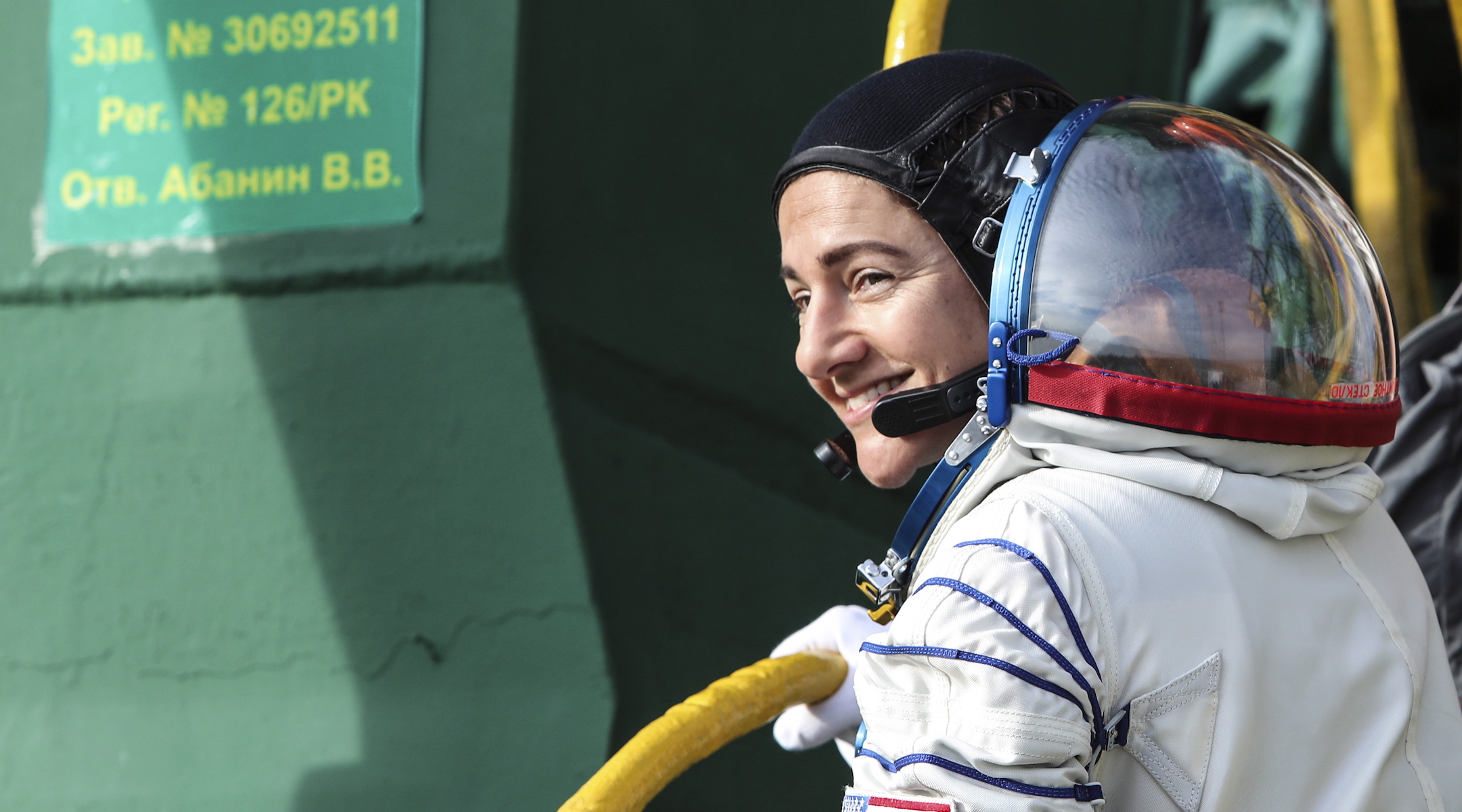 Astronaut Jessica Meir before launching on a mission to the International Space Station. (Sergei Savostyanov/TASS via Getty Images)
Advertisement

Jessica Meir, a Jewish woman who is a citizen of Sweden, and Michigan-born Christina Koch floated feet first out of the International Space Station’s Quest airlock. They are tasked with replacing a failed power control unit.

Tracy Caldwell Dyson, who completed three spacewalks as part of the Expedition 24 crew on the space station in 2010, was quoted by The Guardian as calling the landmark spacewalk “significant.”

“As much as it’s worth celebrating, many of us are looking forward to it just being normal,” she said.

Fourteen women and 213 men have carried out spacewalks. The first woman was the Russian cosmonaut Svetlana Savitskaya, who went outside the USSR’s Salyut 7 space station in 1984.

The extra-vehicular activity, as the spacewalk is known in astronaut jargon, was delayed by seven months because the space station had only one medium-sized spacesuit on board. NASA sent up a second medium spacesuit this month, The Guardian reported.

On Tuesday, NASA unveiled the prototype for a new spacesuit that could be worn by the next crew, expected to include a woman, to land on the moon. The suit is designed to give a customized fit to the individual astronaut, whatever their shape or size.