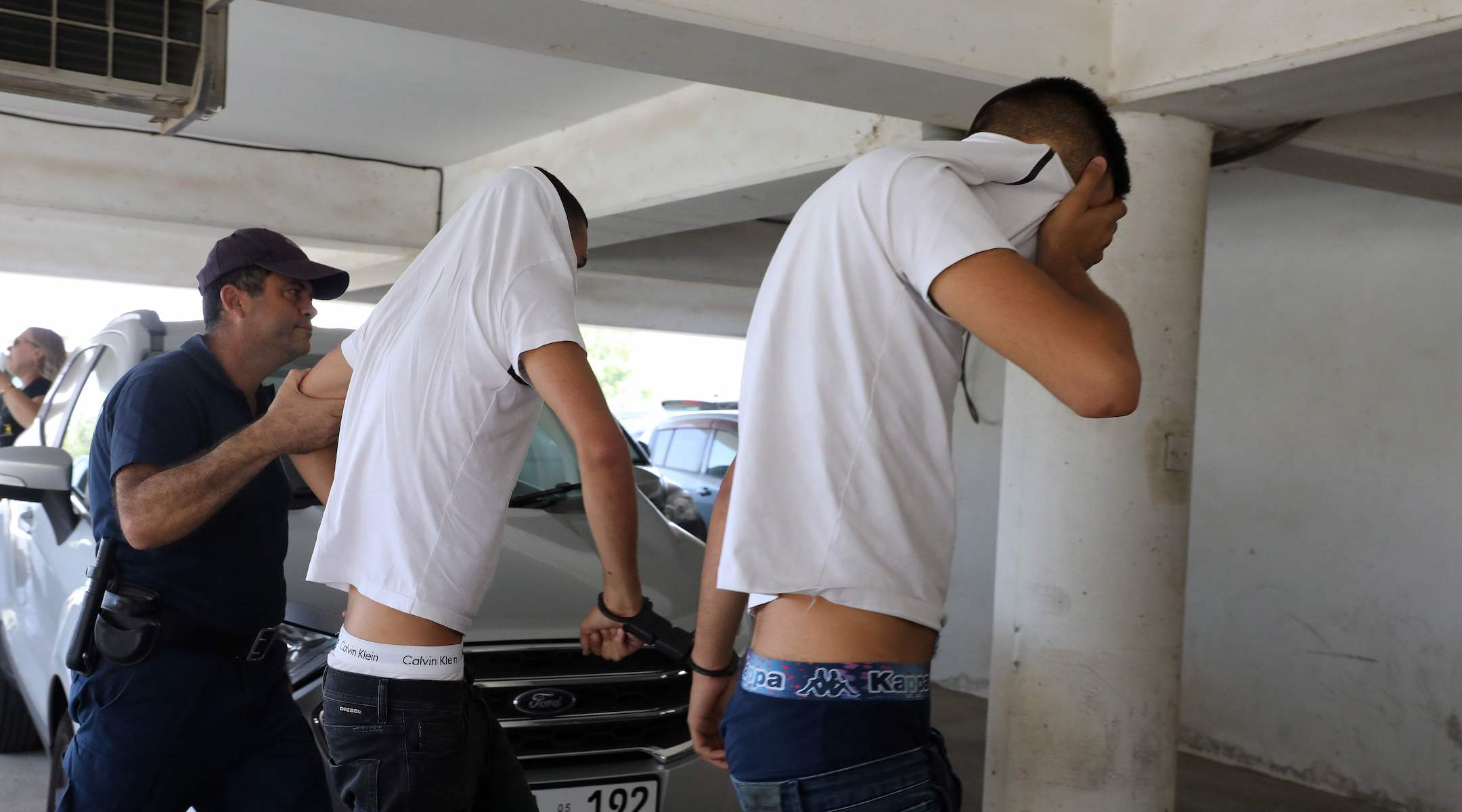 A few of the 12 Israeli tourists suspected of raping a 19-year-old British woman in Ayia Napa arrive at court in Paralimni, Cyprus, July 18, 2019. (AFP/Getty Images)
Advertisement

JERUSALEM (JTA) — The Israeli teens held in custody in Cyprus after being accused more than a week ago of raping a female British tourist were released.

Five teens had been let go on Thursday after DNA tests showed that they did not have exual contact with the woman. The other seven Israeli teens, ages 16 to 18, were released Sunday after the tourist, 19, changed her story. She was arrested on Sunday by police for filing a false complaint and will be charged with public mischief.

Cypriot police told local media they believe she filed the false complaint against the Israeli teens because they filmed her during sex without her consent in a hotel room at The Ayia Napa resort.

The DNA of three unknown men also was found on the woman.

Three of the Israelis teens admitted to having consensual sex the woman, while the other nine denied having any physical contact with her, though may have been in the hotel room when the videos were taken.