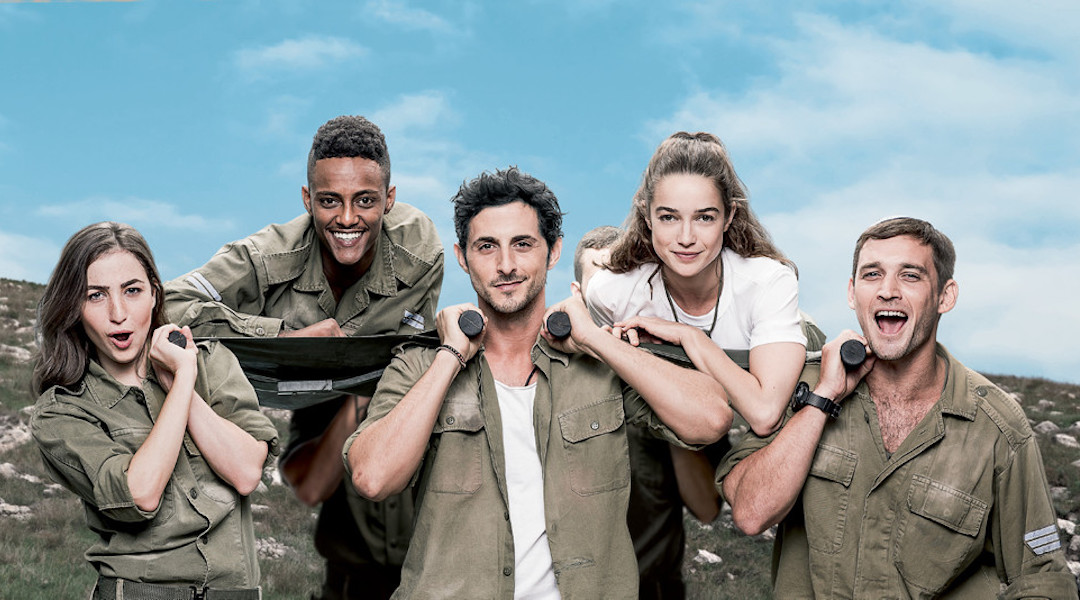 A promotional image for "68 Whiskey," which is based on an Israeli show. (Paramount Network)
Advertisement

(JTA) — The Paramount cable network has ordered 10 episodes of “68 Whiskey,” a comedy-drama based on a popular Israeli series called “Charlie Golf One.”

“68 Whiskey” will focus on a multicultural group of Army medics stationed at a base in Afghanistan nicknamed The Orphanage. It is, according to the network’s description, “a dangerous and Kafkaesque world that leads to self-destructive appetites, outrageous behavior and occasionally a profound sense of purpose.”

“Charlie Golf One” is also about a battalion aid station. Its facility is the most desirable place on a desert army base if for no other reason other than it is air conditioned. There is plenty of “M*A*S*H”-type humor to go around.

“Charlie Golf One” originated at Israel’s Yes TV network, where the Netflix hit “Fauda” aired. It had a successful 40-show run and is currently in production for its second season.

At Paramount, “68 Whiskey” will be written by Roberto Benabib, the Emmy-nominated creative force behind the Showtime hit “Weeds” and the HBO series “The Brink.” Zion Rubin, who created the Israeli series, will executive produce.

Here’s the trailer for “Charlie Golf One”: