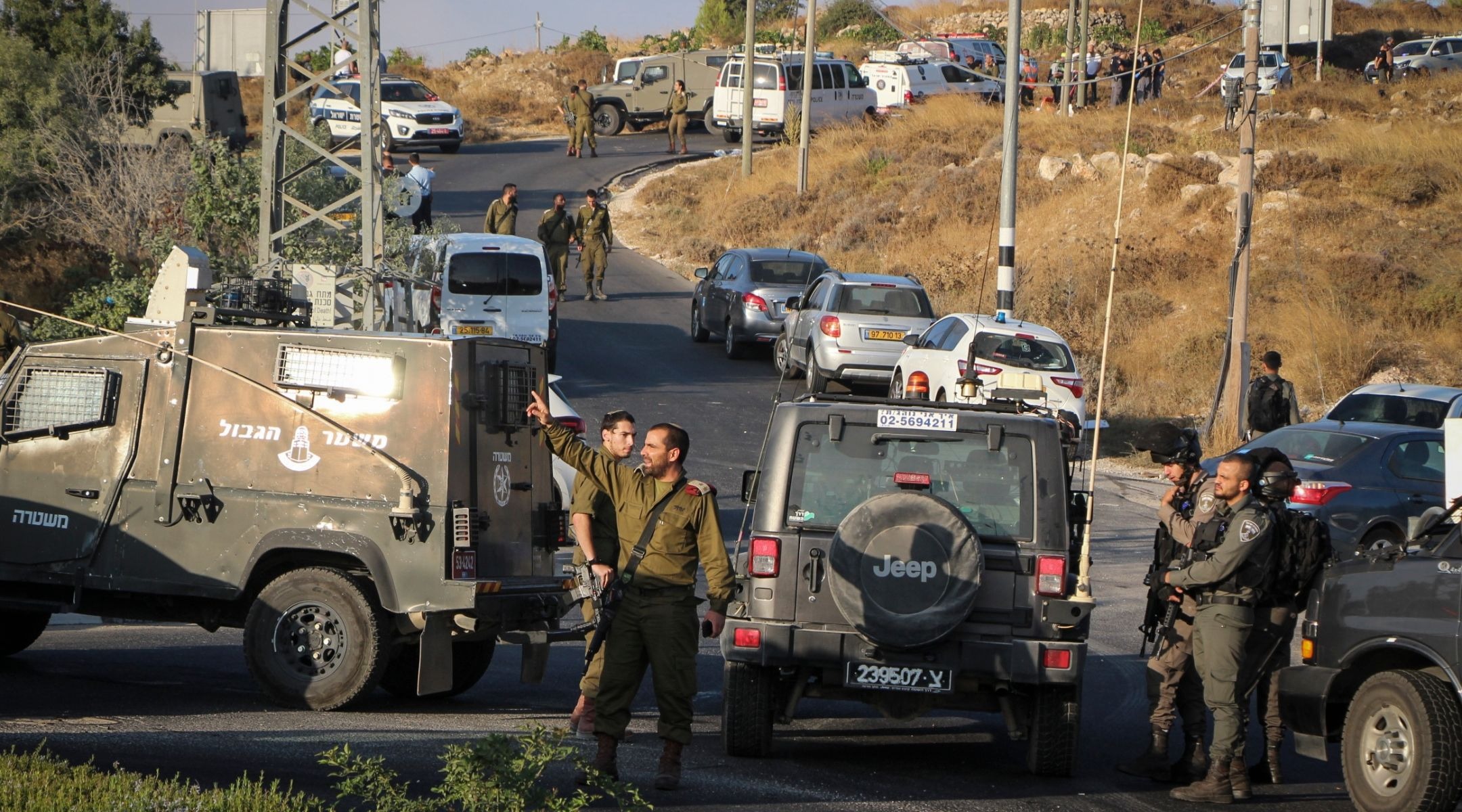 Israeli military and security forces search the area where an Israeli student, 19, was found stabbed to death in the West Bank. Aug. 8, 2019. (Gershon Elinson/Flash90)
Advertisement

JERUSALEM (JTA) — An Israeli woman was lightly wounded after being stabbed Wednesday by a 14-year-old Palestinian boy.

The 22-year old woman, who was not identified in Israeli media reports, was treated at the scene near the city of Modiin and evacuated to Sheba Medical Center in Ramat Gan. The teenager was arrested.

Wednesday’s attack follows a number of similar incidents over the course of the summer, including two that resulted in the deaths of Israelis.