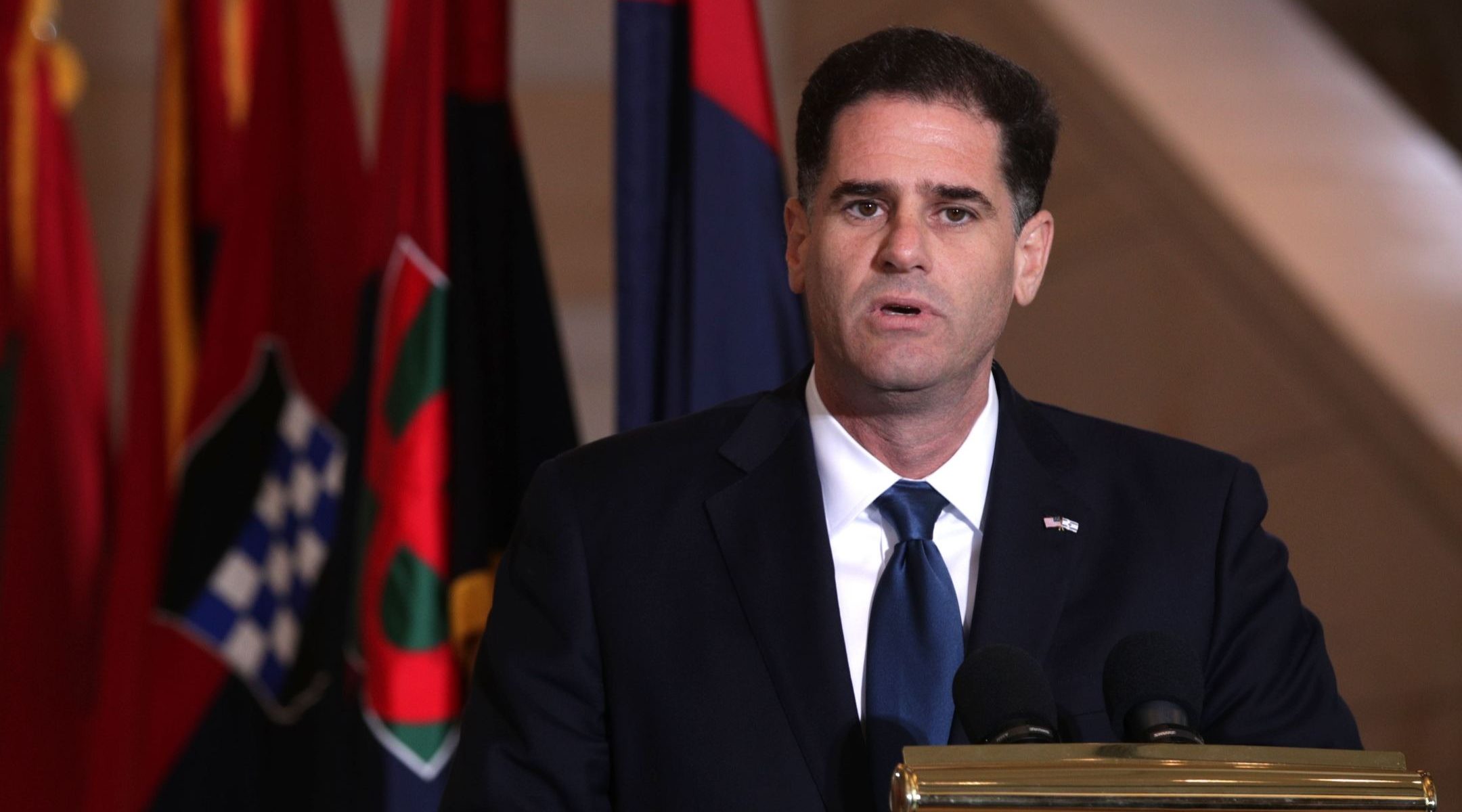 WASHINGTON (JTA) — Israel’s U.S. ambassador said President-elect Joe Biden should not have the U.S. reenter the Iran nuclear deal. At least the one that was signed in 2015, when Biden was vice president.

“I think it would be a mistake,” Ron Dermer said Monday at a forum Monday when asked if the U.S. should return to the agreement. “And hopefully he will look at the Middle East as it is, he will see the benefits of this process of how he can continue that process. And I think to not go back into the same deal.”

Dermer was appearing at the forum with the ambassadors of Bahrain and the United Arab Emirates and said Biden should consult with Israel and the Gulf Arab states in any policy having to do with Iran’s nuclear program.

Dermer saying that Biden should not reenter the “same deal” appeared to be a nod to Biden’s stated plans to reenter the deal, but with new restrictions on Iran’s nuclear capacity. President Donald Trump, whom Biden defeated in elections this month, left the deal, which traded sanctions relief for a nuclear rollback, in 2018.

In saying Biden should consult with Israel and the Gulf Arab states about Iran nuclear policy, Dermer made the comparison to the U.S. consulting with countries like South Korea and Japan in confronting North Korea’s nuclear weapons program. President Barack Obama, whom Biden served as vice president, did not bring Israel or Gulf Arab states into deliberations ahead of the 2015 deal, and Israeli Prime Minister Benjamin Netanyahu led opposition to the deal.

“So the first thing I would say to the incoming administration, sit with your allies in the region,” Dermer said. “Listen to us, we have the most skin in the game, we have the most to lose. Speak to us, try to work out a common position, which I think is possible not only to deal with nuclear issues, but also to deal with the regional aggression of Iran, forging common policy with your allies in the region.”

Israel, the United Arab Emirates and Bahrain signed normalization agreements in September brokered by the Trump administration, the first such deals in decades.