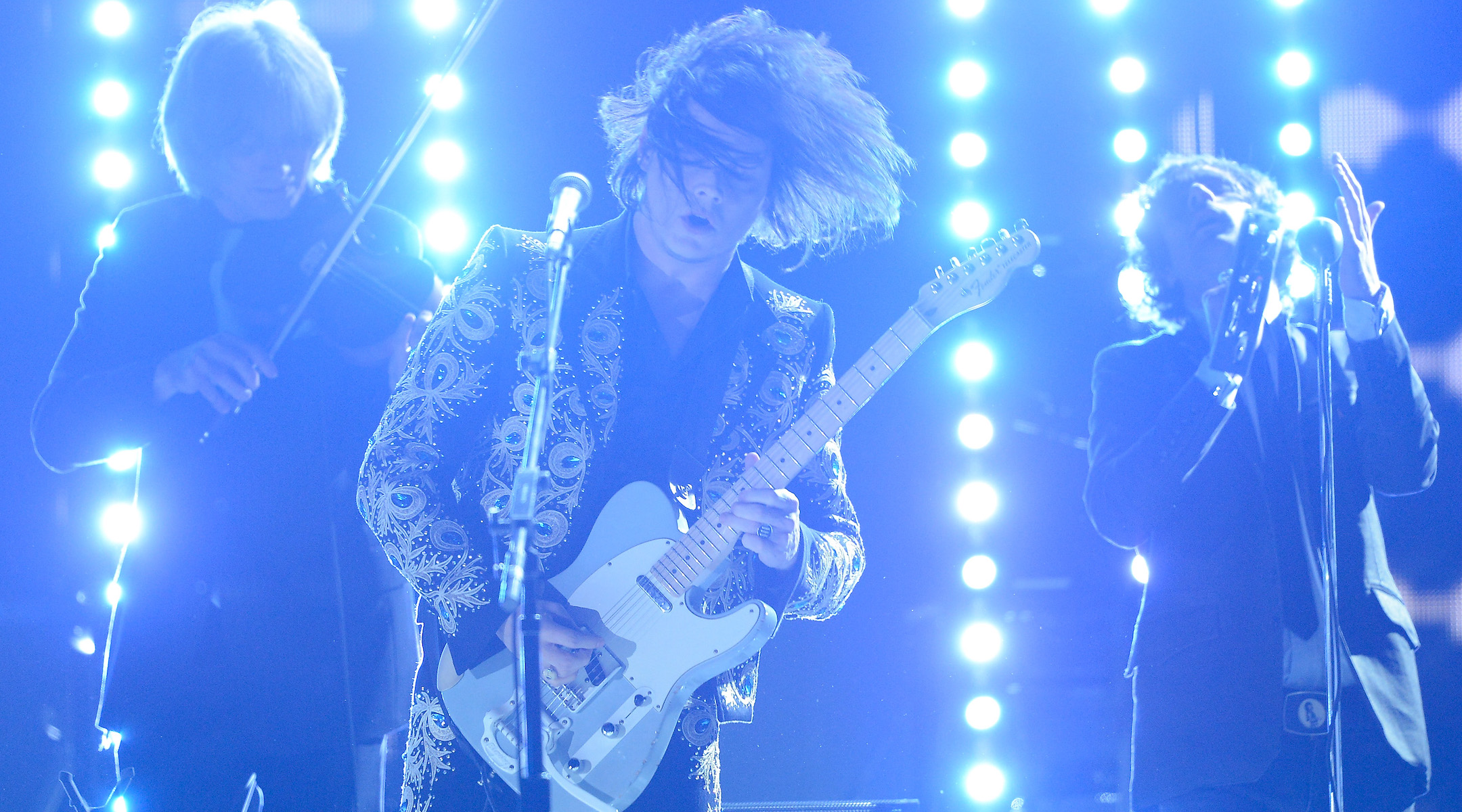 (JTA) — Rock star Jack White is now listed as a co-writer of Israeli singer Netta Barzilai’s “Toy,” the pop song that propelled her to win last year’s Eurovision contest — even though he wasn’t involved in the song’s creation.

Following the European song competition in May, representatives from the Universal Music Group contacted the writers of “Toy” for White — the multiple Grammy winner and former frontman for the White Stripes — asking about the sonic similarities between the song and the White Stripes’ ubiquitous rock anthem “Seven Nation Army.”

“Toy” is an idiosyncratic pop tune in which Netta uses her signature loop pedal to layer her many vocal sounds — including some that make her sound like a chicken — but some critics pointed out that the song’s chorus uses the chords found in “Seven Nation Army.” Ben Shalev had written in Haaretz in March: “Let’s hope Jack White doesn’t hear this song before the Eurovision Song Contest. He may sue.”

After several months of speculation and negotiation, the “Toy” and Universal Music teams came to an unusual agreement: White will become a co-composer of “Toy,” along with its Israeli writers Doron Medalie and Stav Beger, and presumably receive future royalties from the song.

According to Haaretz, Israeli broadcaster Kan first announced the truce.

Netta, her manager and the writers of “Toy” have all declined to comment as of Thursday because the Universal agreement contains a confidentiality clause, according to Amnon Szpektor, who oversaw Israel’s entry into Eurovision and commented for The New York Times.