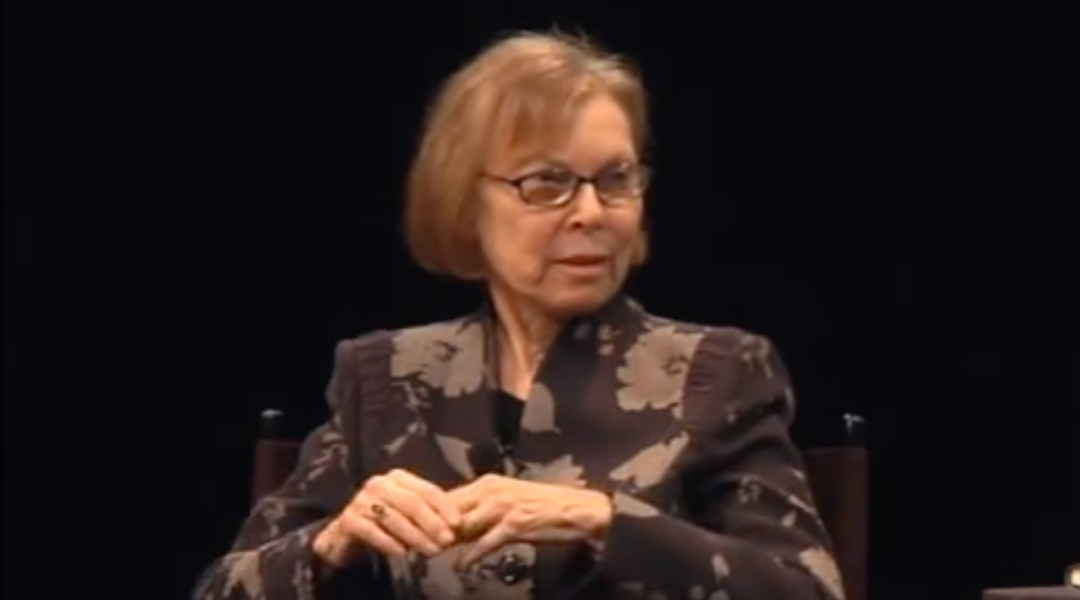 Janet Malcolm at The New Yorker Festival in 2011. (Screenshot from YouTube)
Advertisement

(JTA) — The influential journalist Janet Malcolm, whose family changed their last name after fleeing the Nazis during World War II, died Wednesday at 86 of lung cancer.

Malcolm, who was known for her incisive interviews and innovative New Journalism style, wrote for The New Yorker since the 1960s and published several collections of essays and nonfiction, including the famed book “The Journalist and the Murderer,” an examination of journalism ethics through the lens of a high-profile murder case.

Her reputation took a hit after being sued for allegedly fabricating some quotes and distorting others for a series of articles and a book on the former director of the Sigmund Freud Archives, but after years of public scrutiny, a court ruled in her favor in 1994.

Malcolm was born Jana Klara Wienerova to a wealthy Jewish family in 1934 who escaped their native Prague in 1939, possibly by bribing Nazi officers with money.

“Family lore held that their money went to an S.S. officer to buy a racehorse,” The New York Times reported.

Malcolm spent the rest of her childhood in New York City but wrote in a 2018 New Yorker essay that the family changed its name from Wiener to Winn and hid its Jewish identity because of the antisemitic climate of the time. She did not know she was Jewish until she repeated to her parents an antisemitic slur that she had heard in primary school.

“[T]hey decided it was time to tell us that we were Jewish. It was a bit late. We had internalized the anti-Semitism in the culture and were shocked and mortified to learn that we were not on the ‘good’ side of the equation,” she wrote. “Many years later, I came to acknowledge and treasure my Jewishness. But during childhood and adolescence I hated and resented and hid it.”

Malcolm married fellow writer Donald Malcolm in college at the University of Michigan. He died in 1975 at age 43 of an undetermined illness.