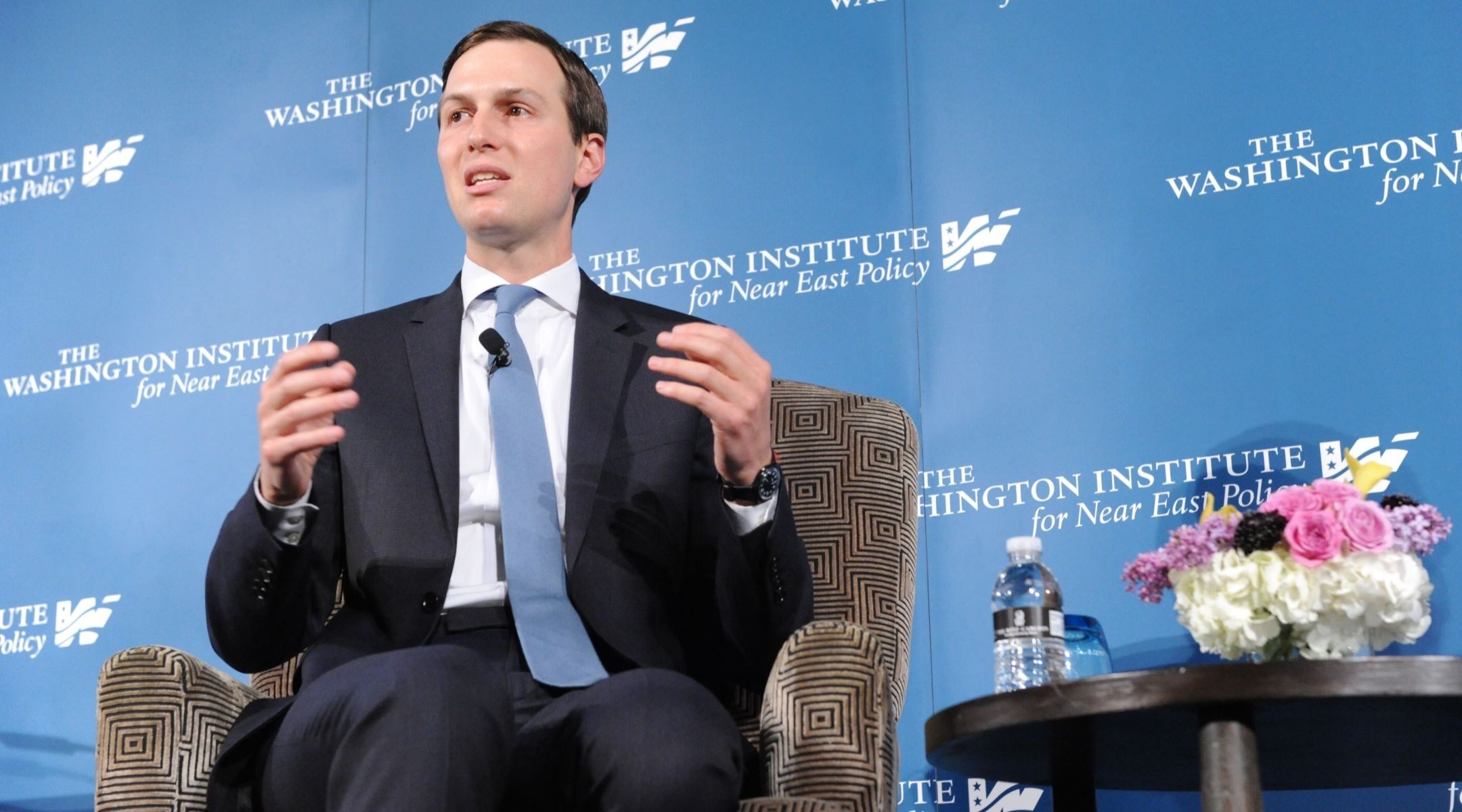 Jared Kushner speaks at a Washington Institute for Near East Policy event in Washington, May 2, 2019. (TWI/Lloyd Wolf)
Advertisement

WASHINGTON (JTA) — Jared Kushner explained why he asked peace negotiators to no longer use the term “two states.”

Kushner, one of the key architects of the Trump administration’s plan for the Israelis and Palestinians, was speaking Thursday night at an invitation-only event organized by the Washington Institute for Near East Policy think tank.

Here’s the explanation: At the outset of working on the plan, Kushner said, he found that different terms had different meanings, depending on the interlocutors.

Kushner, President Donald Trump’s son-in-law, said he hoped the sides would not take unilateral steps before the plan is released — a gentle signal to Israeli Prime Minister Benjamin Netanyahu to hold off annexing parts of the West Bank.

“I hope both sides will take a real look at it, the Israeli side and the Palestinian side, before any unilateral steps are made,” he said. “I hope they will look at it and suss it and see if they do believe that this is a pathway for a better future.”

Kushner’s reply came in response to a direct question from the think tank’s director, Robert Satloff, about what Kushner thought of Netanyahu’s pledge before last month’s elections to start annexing some West Bank territory.

Kushner has indicated that the plan will be unveiled in June.