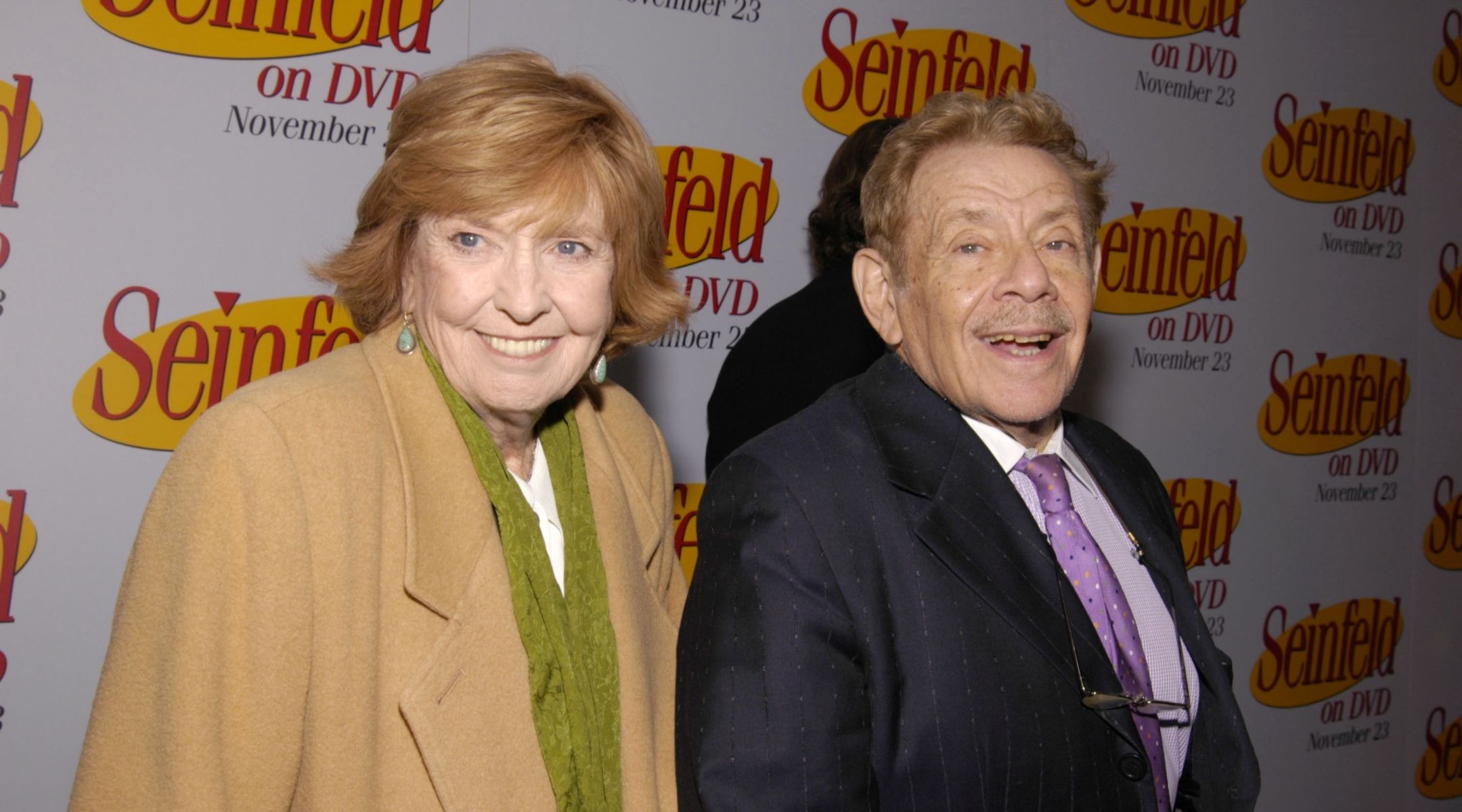 Stiller died of natural causes, his son, the comic actor Ben Stiller, announced in a tweet Monday. He was 92.

Jerry Stiller was a classically trained actor who met and married Anne Meara in 1953 when both were struggling actors, and they became a much sought-after comedy duo. The couple — the short and Jewish Stiller, and his tall and non-Jewish wife — appeared some three dozen times on “The Ed Sullivan Show” and other television variety and talk shows. They also appeared in nightclubs, as well as in radio and television commercials, including for Blue Nun wine – boosting its sales by 500 percent, according to The New York Times. The couple were married for 62 years until Meara’s death in 2015.

Their interfaith relationship found its way into their comedy routines. Meara, who was Irish American and Roman Catholic, converted to Judaism in 1961.

Stiller did not make his first appearance on “Seinfeld” until the fifth season in 1993, and though he appeared on fewer than 30 of the megahit sitcom’s 180 episodes, Frank Costanza became an immensely popular character despite his harsh demeanor toward his wife and son George.  The elder Costanza was the creator of Festivus, the now-popular winter holiday “for the rest of us.”

The Costanzas may have had an Italian name, but there was plenty of Jewishness there: Frank Costanza ate kasha in bed and, a former Army cook, made Jewish delicacies for a Jewish singles dance.

Stiller would earn an Emmy nomination for the role.

He later appeared as another father, Arthur Spooner, on the sitcom “The King of Queens,” and married Meara, who guest starred several times, on the series finale.

In 1999, Stiller appeared in “Zoolander,” his son’s movie spoofing male modeling. Other film credits included both versions of “Hairspray,” in 1988 and in 2007.

Stiller, who was born and raised in Brooklyn, served in the U.S. Army during and immediately after World War II, and later studied theater at Syracuse University under the G.I. Bill.

Along with Ben Stiller, he is survived by his daughter, the actress Amy Stiller.

I’m sad to say that my father, Jerry Stiller, passed away from natural causes. He was a great dad and grandfather, and the most dedicated husband to Anne for about 62 years. He will be greatly missed. Love you Dad. pic.twitter.com/KyoNsJIBz5