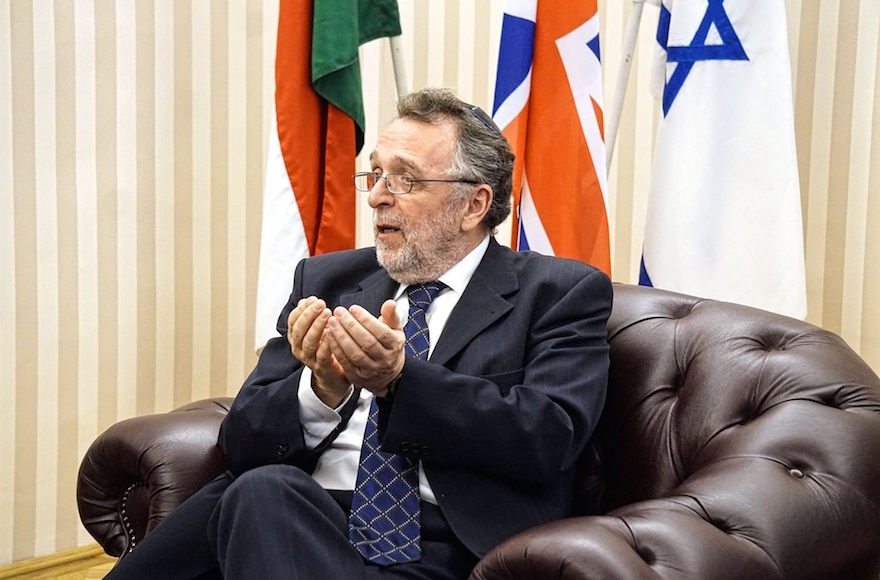 The unprecedented ruling Wednesday by the civic section of the Jerusalem Supreme Rabbinate Court, which is part of the Israeli state’s judiciary, was an escalation of tensions between Hungarian Orthodox Jewish organizations and the Mazsihisz umbrella group, which is largely Neolog – a Central European stream of Judaism similar to Conservative Judaism.

Two Orthodox umbrella groups — EMIH, which is affiliated with the Chabad-Lubavitch movement, and MAOIH — sued Mazsihisz in the rabbinate’s court because halacha, Jewish Orthodox law, requires disputes between Jews be tried by other Jews. The appellants also sued the Hungarian government, which funds all Hungarian Jewish groups, as a “formal defendant,” they wrote.

The money allegedly is connected to a 1991 law in Hungary that ensures funding to Jewish organizations for 153 properties without heirs that were stolen from Jewish communities during and after the Holocaust.

MAOIH claims that it owns 40% of those properties but has received only 5% of the funding from Mazsihisz, which MAOIH says was responsible for distributing the restitution money.

EMIH and Mazsihisz have also clashed on politics, including on Mazsihisz’s allegations that the Hungarian government has encouraged anti-Semitism. EMIH rejects the claim.

Mazsihisz in a statement disputed that it owes the money to MAOIH and protested “recent attacks and attempts to divide our community.”