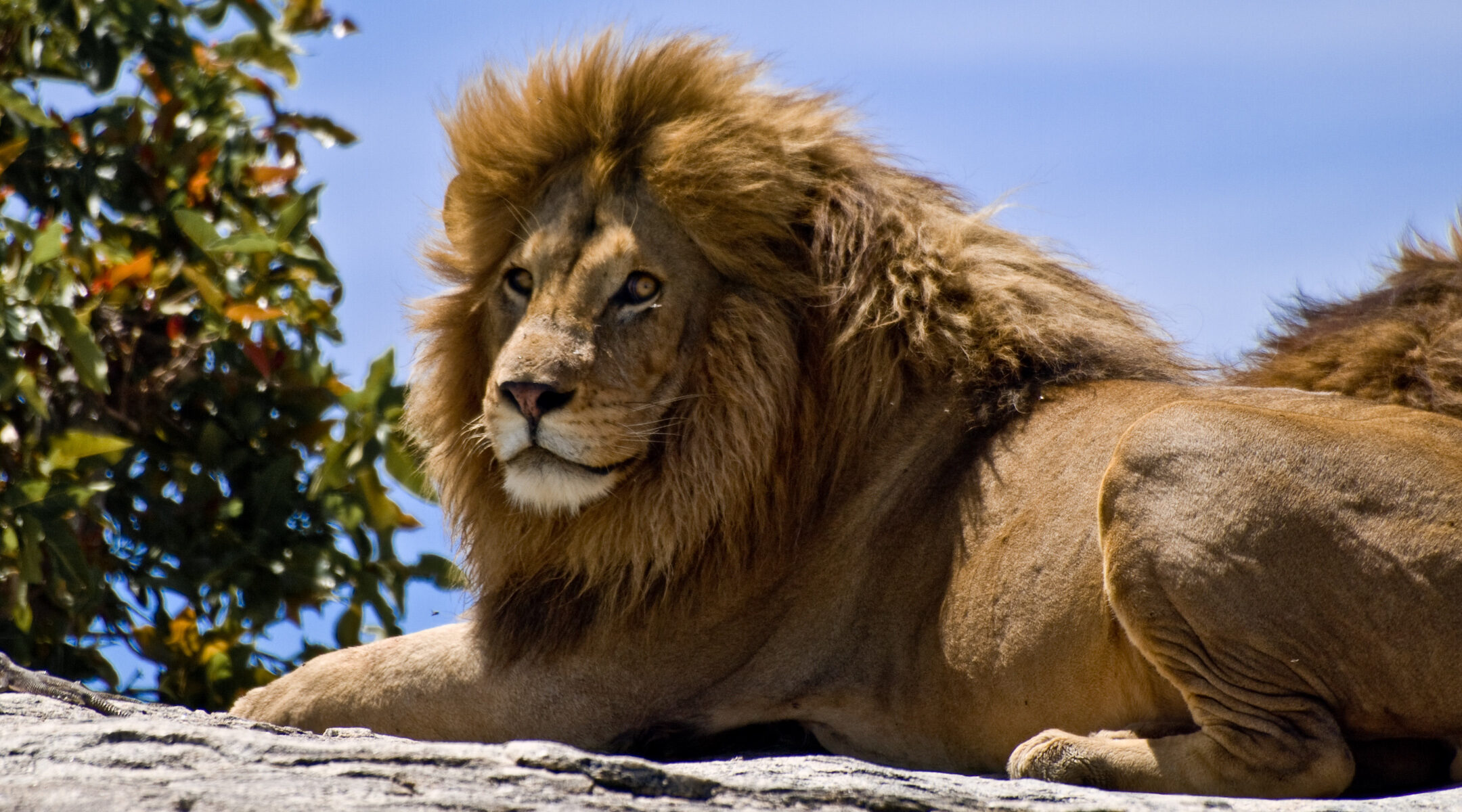 Portait of a male lion basking in the sun on a rocky outcrop in the Serengeti National Park, Tanzania. (Wikimedia Commons)
Advertisement

(JTA) — The Biblical Zoo in Jerusalem is clarifying its feeding protocols after families watched a lion devouring a bunny.

Video of the incident, which was shared on Twitter by Israeli TV journalist Yossi Eli, shows the lion eating a white rabbit. The voices of onlooking parents and children wondering aloud about the meal can be heard in the background.

The Biblical Zoo features animals alive during the time of the Bible, as well as other species.

The zoo released a statement explaining that the lions are usually fed dead animals behind closed doors but that, in this case, the lion dragged its food out into public view.

“The Asian lions in the zoo, which are a species in danger of extinction, are part of a worldwide lion conservation program,” the zoo’s statement said, according to Eli. “The lions in the zoo are fed prey that is no longer alive, which the zoo receives from an animal food provider. Due to sensitivity, the lions receive their food behind the scenes. In this case, the lion dragged its prey into the exhibition area.”

Several Israeli Twitter users pointed out that it isn’t exactly a shock that lions eat meat. Some connected the incident to a classic Hebrew children’s book, “The Lion Who Loved Strawberries,” by Tirza Atar, which is about a lion who thinks he likes strawberries but (spoiler alert) has never actually tasted them and in fact finds them disgusting once he does.

“It would have been a great crossover if the bunny were named ‘Strawberry,'” one user wrote.