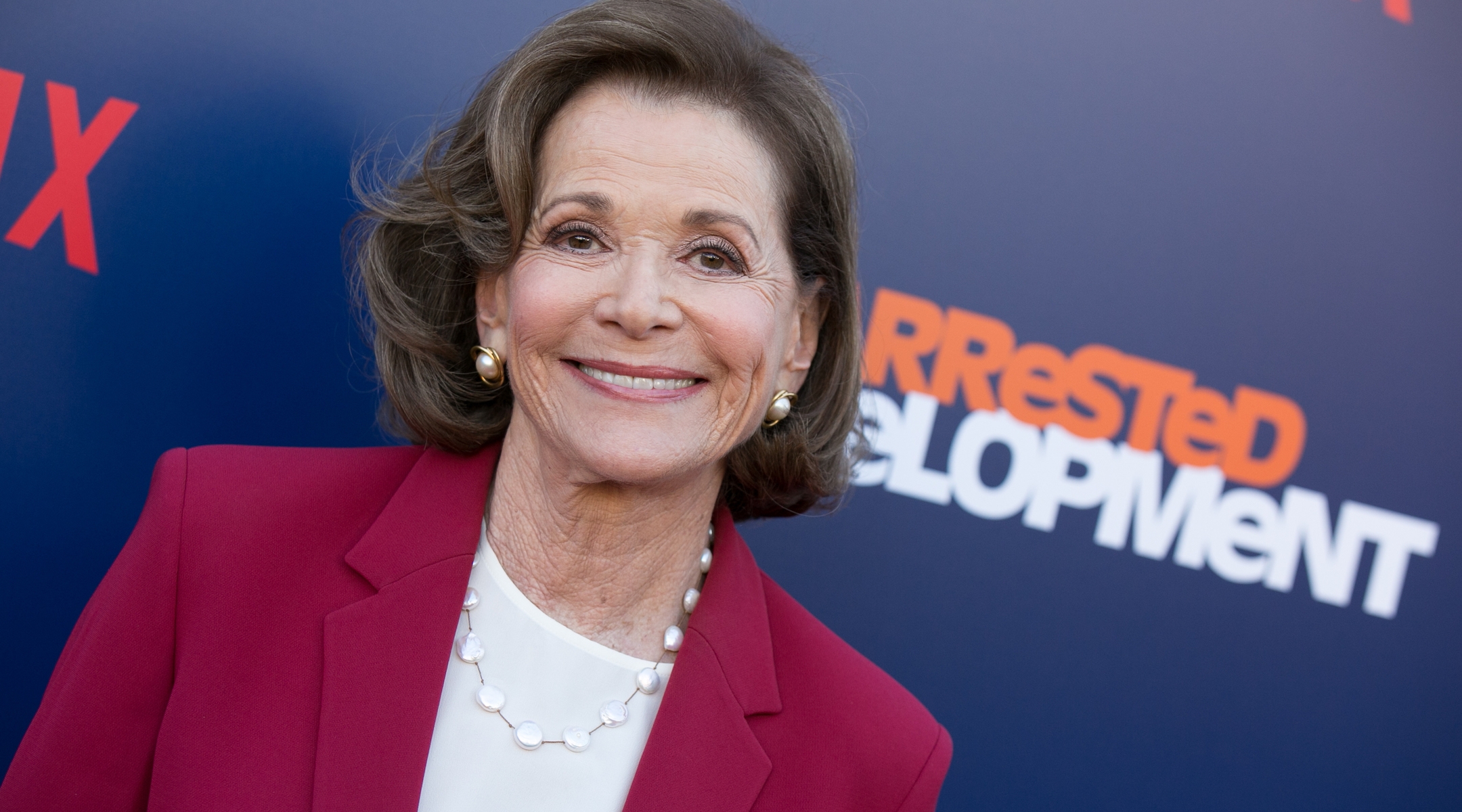 Jessica Walter at the premiere of Season 5 of "Arrested Development" in Los Angeles, May 17, 2018. (Gabriel Olsen/WireImage/Getty Images)
Advertisement

(JTA) — Jessica Walter, who specialized in playing women who were both beautiful and predatory, has died.

Walter died in her sleep at her home in New York, Deadline reported. She was 80.

Walter was best known in recent years as Lucille Bluth, the manipulative matriarch on the TV show “Arrested Development,” and voiced a similar role on the hit animated series “Archer” as the matriarch of a spy clan.

The role culminated a career in which Walter, known for her impeccable comic timing and dramatic depth, played women who were irresistible and also a little murderous. In one of her best-known roles, she plays a one-night stand who turns into a deadly stalker in the 1971 film “Play Misty For Me,” Clint Eastwood’s directorial debut.

She also played a snobbish mother in “The Flamingo Kid” in 1984, and a widow who can’t keep her hands off her late husband’s best friend in “Bye Bye Braverman” in 1968. That film may have been Walter’s only explicitly Jewish role. The creator of “Arrested Development,” Mitchell Hurwitz, has said he could never decide whether or not the Bluths were Jewish.

Walter once told the Los Angeles Times, which caught her at home on Yom Kippur, “I’m very Jewish in my heart. Organized religion is a little tricky! I admire anyone who follows their heart. Mine just doesn’t take me quite to the door.”

In “Bye Bye Braverman,” Walter and George Segal, another Jewish actor who straddled drama and comedy and also died this week, tumble around her apartment after he stops by to pay condolences. Walter has her legs locked around Segal when the girl playing Walter’s daughter interrupts, asking her mother the correct spelling of “pornographer.”

“Later, sweetie,” Walter responds, “I’ll read some to you.”

Walter, a New York native, said she was not at all like her characters, calling herself boring. She was beloved by her fellow actors, and tearfully described how she had to endure verbal abuse from Jeffrey Tambor, who played her husband, on the set of “Arrested Development.”

She was close to her daughter, TV executive Brooke Bowman, and had a long marriage to the Jewish actor Ron Leibman, who died in 2019.