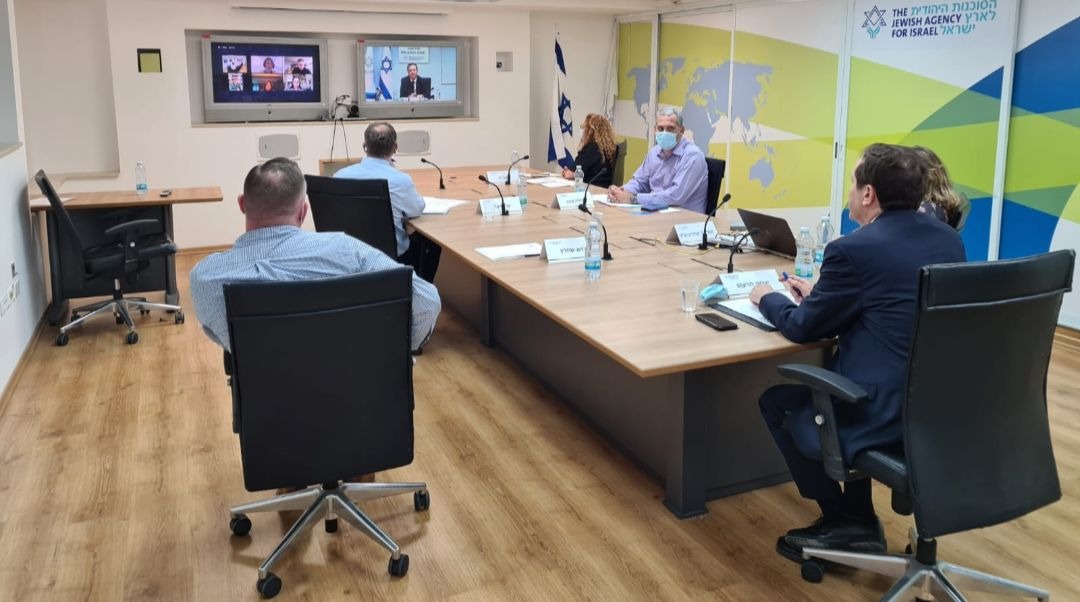 Jewish Agency staff members in Jerusalem during a briefing about the effects of the coronavirus crisis on Diaspora Jewish communities, July 8, 2020. (Courtesy of the Jewish Agency)
Advertisement

JERUSALEM (JTA) — Jewish deaths around the world from the coronavirus — excluding the United States, Israel and the countries of the former Soviet Union as well as Israel — total about 2,200, the Jewish Agency said Wednesday.

The group, which works to bolster Israel-Diaspora relations, released these numbers on a Zoom call that included the leaders of several Diaspora Jewish communities that are suffering financially from the current crisis: 33 Jewish deaths from countries in the Middle East, 40 from Chile, 50 from Mexico, 70 from Argentina and 100 from Brazil.

Jewish Agency Chairman Isaac Herzog said his organization was not able to confirm figures for the United States and the FSU.

Herzog added that some Diaspora Jewish communities have entered into “literal paralysis” due to the coronavirus crisis. Some cannot provide basic communal services, welfare services or Jewish educational activities, he said.