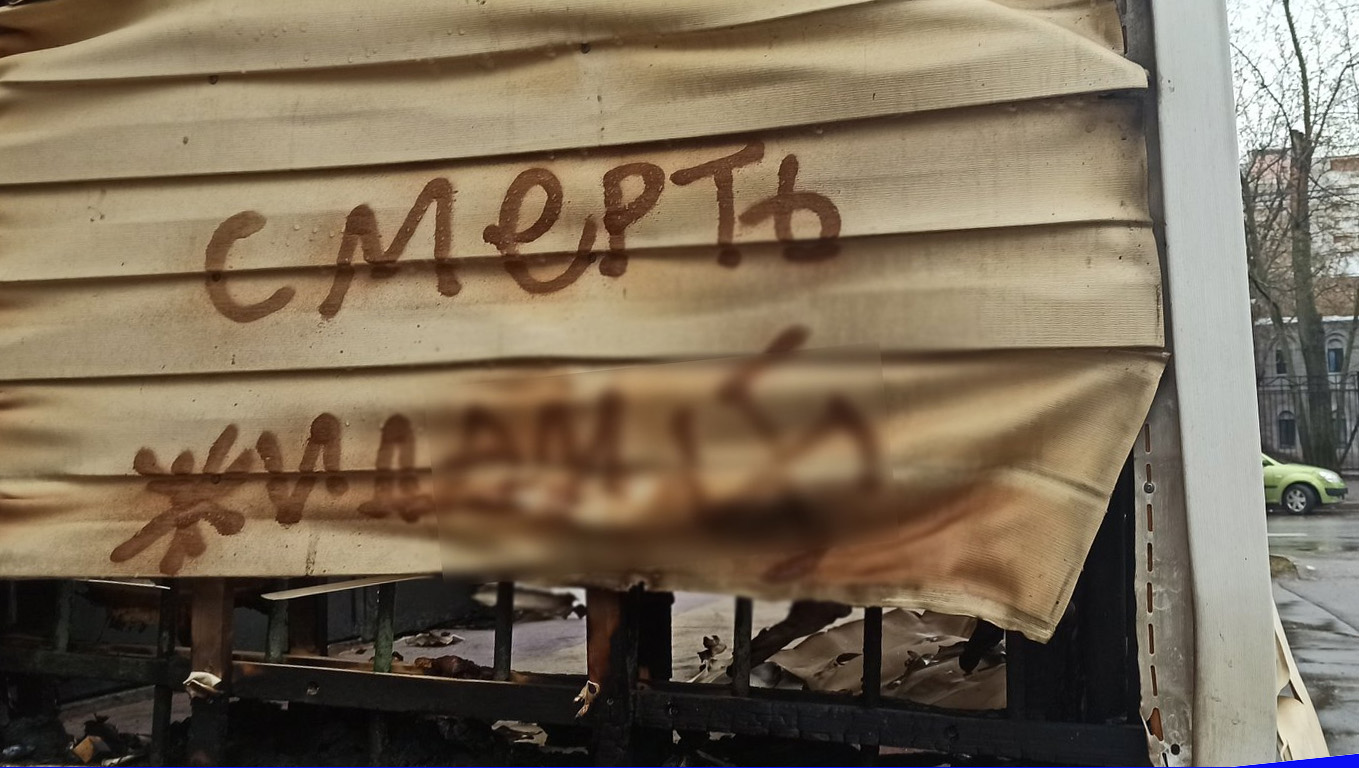 The aftermath of arson at a Jewish community center in Moscow, April 20, 2021. (RJC)
Advertisement

(JTA) — A Jewish community center in Moscow was torched last week on Adolf Hitler’s birthday, causing extensive damage. Meanwhile, on Tuesday, rubber bullets were fired at a synagogue in Germany, with at least one smashing through a window.

Police have no suspects in either case.

In the Russia incident on April 20, the damage was caused to the balcony of the Shamir JCC in the capital’s east, RIA Novosti reported Tuesday. The perpetrators also spray-painted a swastika on the structure and the word “death.”

In Germany, the bullet hit sometime late at night Tuesday at the synagogue in Bochum, near Düsseldorf in the western part of the country, according to the Stop Antisemitism nonprofit group.