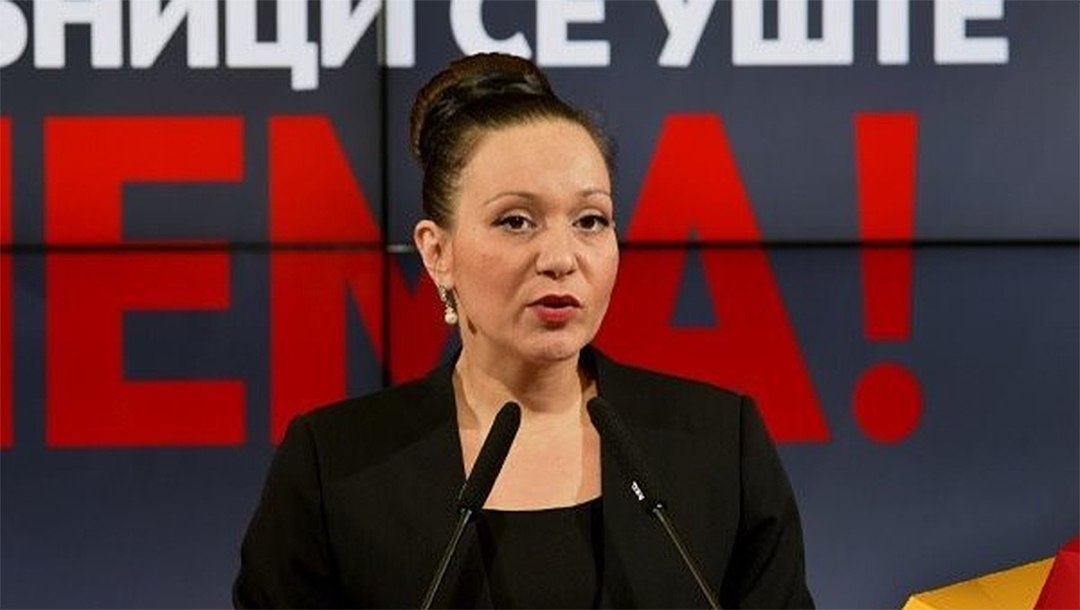 (JTA) — A Jewish lawmaker from Macedonia was removed as Labor and Welfare minister amid a hostile anti-Semitic environment present since she assumed office in early January.

The ruling party, the left-leaning Social Democratic Union of Macedonia, said Rasela Mizrahi was fired for not calling the country by its new name, North Macedonia, instead using the Republic of Macedonia.

Mizrahi, a member of the center-right VMRO-DPMNE party, was voted out of office on Saturday in a 62-26 vote. Her party and the Social Democratic Union are in a power-sharing agreement as part of a caretaker government appointed last month. Early parliamentary elections are scheduled for April.

“I am a proud Jewish woman from Macedonia,” Mizrahi said during the debate last week to remove her from office, the English-language Macdedonian news website Republika reported. The report said that Mizrahi faced “an unending torrent of anti-Semitic abuse from the left during her term in office.”

“Even before I walked into my office, as the first Jewish person in the history of Macedonia to be appointed to the government, I was the target of reckless anti-Semitic attacks. Instead of criticizing my work, I was attacked for my religion and nationality and labeled with a yellow star,” Mizrahi also said. Most of her family, prominent in Macedonia for centuries, were killed in the Holocaust.

The Social Democrats cited a news conference in which Mizrahi spoke in front of a banner with the name Republic of Macedonia as the reason to remove her from office, saying that Greece demanded the action. The banner had been left there by her predecessor.

The name of the country, North Macedonia, became official in February 2019, part of a deal to assuage Greece, which has a province named Macedonia, and had been holding up the country’s membership requests to NATO and the European Union over the name disagreement.

Mizrahi reportedly had said that she used the country’s old name deliberately to correct an injustice, The Associated Press reported.