Jewish leader in Germany: Police did not provide adequate protection to attacked synagogue 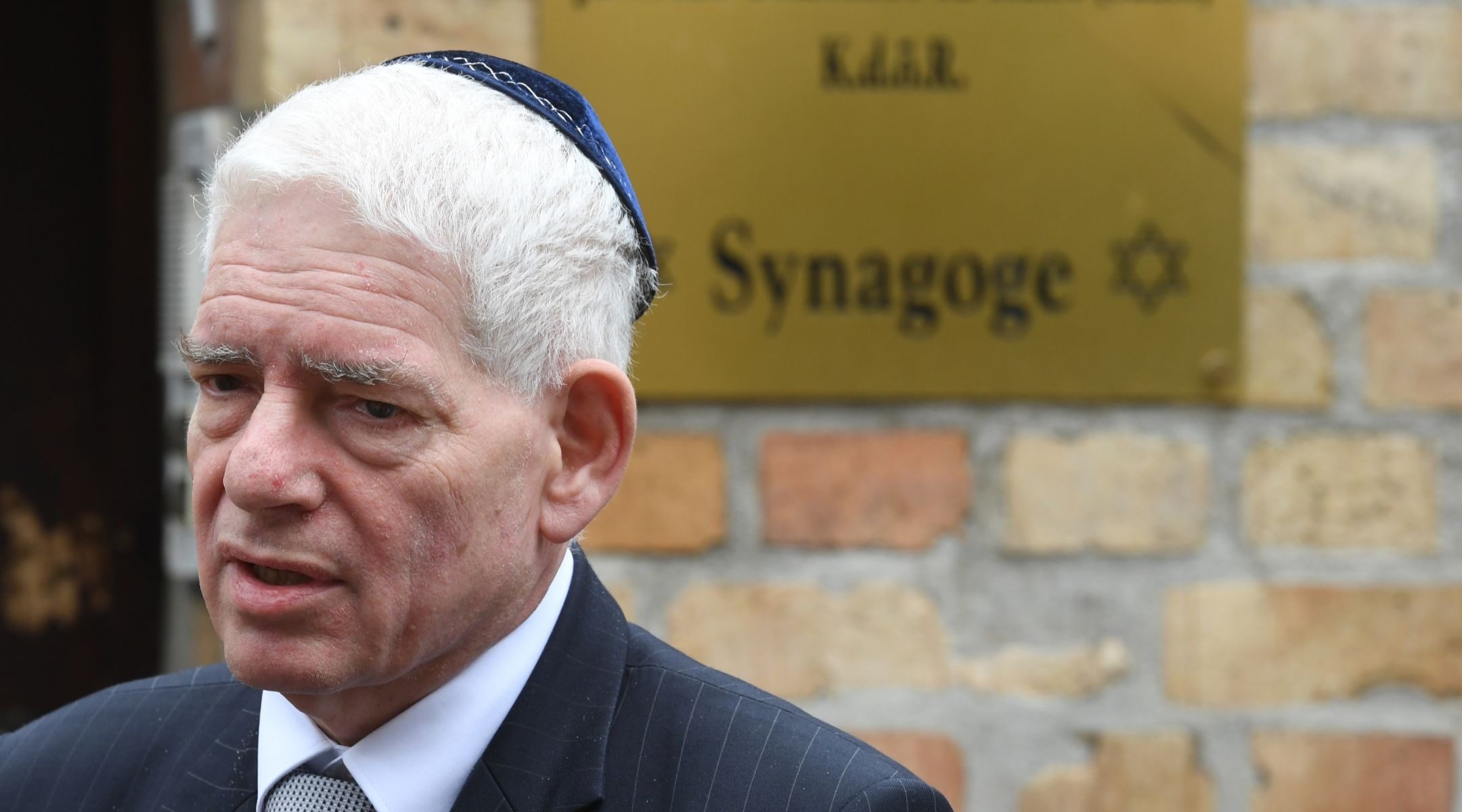 Josef Schuster, head of the Central Council of Jews in Germany, speaks in front of the synagogue in Halle, Germany, where two people were killed in September 2019. (Hendrik Schmidt/dpa/picture alliance via Getty Images)
Advertisement

(JTA) — A Jewish leader in Germany doubled down on his accusation that police did not adequately protect the Halle synagogue targeted by a gunman on Yom Kippur.

The gunman opened fire near the synagogue in eastern Germany during services Wednesday and at a kebab shop, killing two, in an attack that he livestreamed from a helmet camera. The assailant said that Jews are “the root of all problems.”

“If police had been stationed outside the synagogue, then this man could have been disarmed before he could attack the others,” Josef Schuster, head of the Central Council of Jews in Germany, told Deutschlandfunk public radio on Thursday, Reuters reported.

The German media identified the gunman as Stephan Balliet, a 27-year-old German.

Schuster had said Wednesday evening in a statement that it was  “scandalous that the synagogue in Halle was not protected by the police on a holiday like Yom Kippur.”

The synagogue’s high and strong metal doors were secured shut during the services and repelled the gunman’s attack, which reportedly was undertaken with homemade weapons that may have malfunctioned.

The head of Germany’s police union responded that the police could not provide such protection, according to Reuters.

“We’d have to guard every synagogue, every church, every mosque, every holy place in Germany around the clock, so I don’t know if this was a mistake or if this really couldn’t have been foreseen,” Oliver Malchow reportedly told public television in an interview.