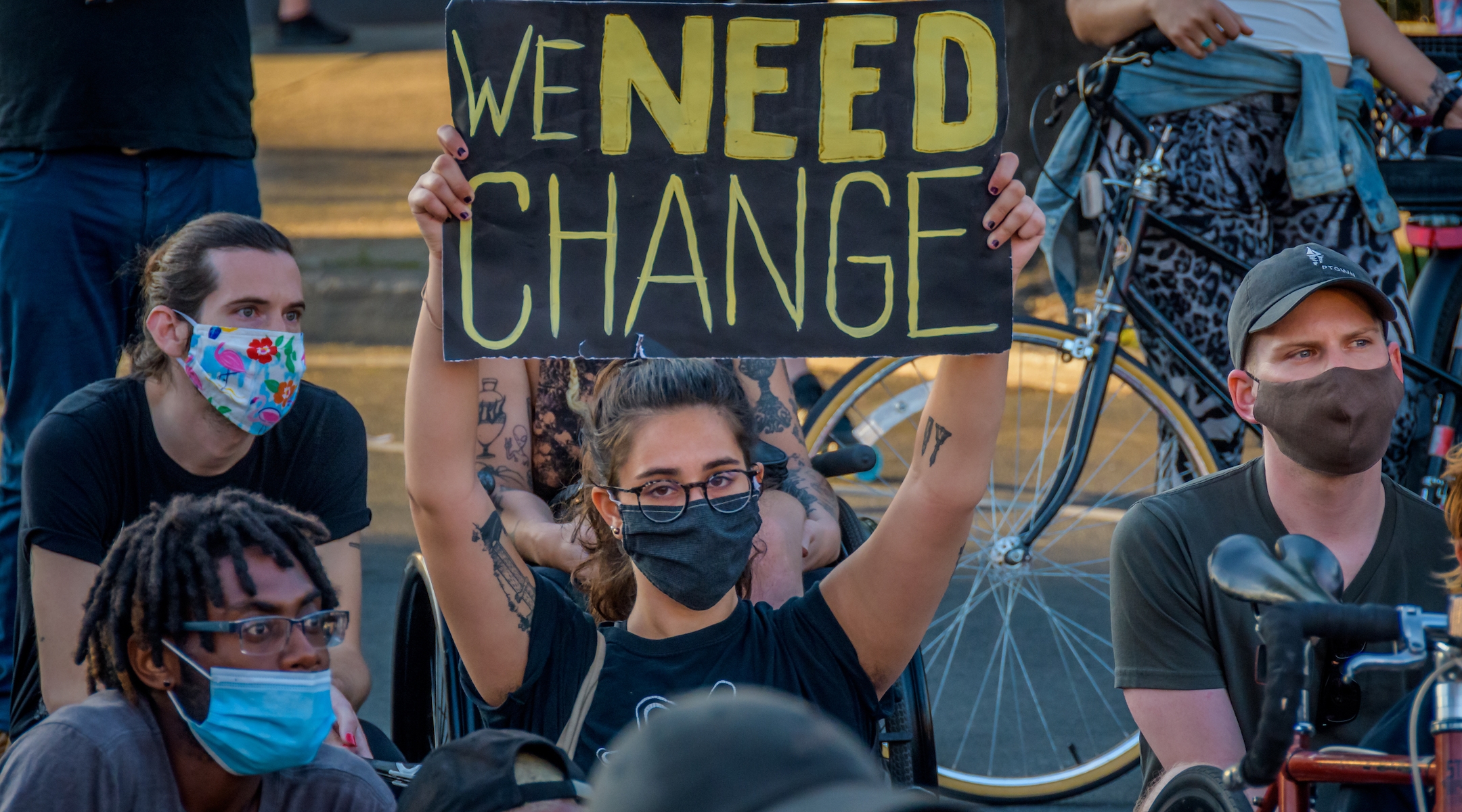 (JTA) — Susan Sandler, a progressive Jewish philanthropist, said she is donating $200 million to racial justice causes in this country.

Sandler said Monday that she was establishing the Susan Sandler Fund to support a number of organizations, led by people of color, that are  fighting racism in the South and Southwest, The New York Times reported.

“I have come to believe that, rather than trying to use persuasive papers and reports to attempt to change the minds of those who are making decisions, the more effective way to transform societal priorities and public policies is to change the climate and environment in which decisions are made,” she wrote in a Medium post announcing the fund. “Specifically, to make the faces of the people with whom policy makers have to interact reflect the full racial, cultural, and economic diversity of the population that is affected by those policies.”

Sandler said she was inspired to think about her legacy after being diagnosed with an aggressive brain tumor four years ago with a median survival rate of 18 months.

She is the daughter of Marion and Herbert Sandler, who founded and served as co-CEOs of Golden West Financial Corp., which was the second-largest savings and loan association in the country. Marion Sandler, the daughter of Jewish immigrants from Lithuania and Russia, was the first woman to serve as a CEO of a Fortune 500 company.

“In 1994, long before the recent awakening in corporate America about diversity and inclusion, my parents diversified the board of their company, taking a rapid and decisive series of actions that created a governing body where women and people of color comprised the majority of its members,” Sandler wrote on Medium.

The Sandlers went on to found the Sandler Foundation, which has given some $1 billion to progressive causes, health, human rights, investigative journalism and more, according to its website. The couple also supported the San Francisco-based Jewish Community Endowment Fund, according to J. The Jewish News of Northern California.