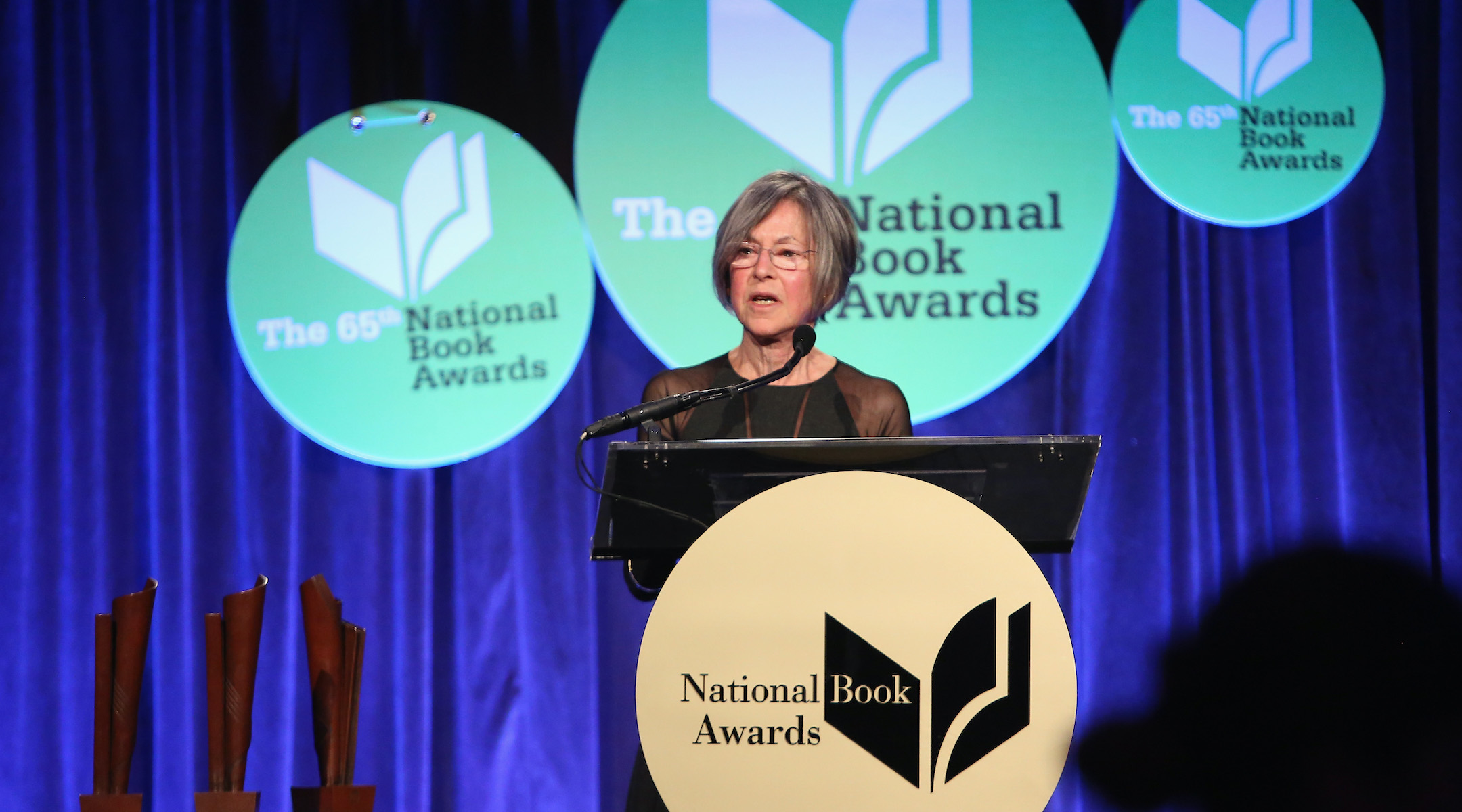 (JTA) — Louise Gluck, the American granddaughter of Hungarian Jews, was awarded the Nobel Prize in Literature on Thursday.

Gluck, 77, was awarded “for her unmistakable poetic voice that with austere beauty makes individual existence universal,” the Nobel committee wrote in its announcement.

Her collections of poetry — which explore broad and painful topics, such as family life, trauma and aging — include the books “The Wild Iris,” “Meadowlands,” “The Triumph of Achilles” and “Ararat.” For “The Wild Iris” she was awarded the 1993 Pulitzer Prize in poetry.

Born in New York in 1943, Gluck would go on to become the United States’ poet laureate in 2003 and receive a National Humanities Medal from President Barack Obama in 2015.

She is the first American and first Jewish writer to win the award since songwriter Bob Dylan won it in 2016.