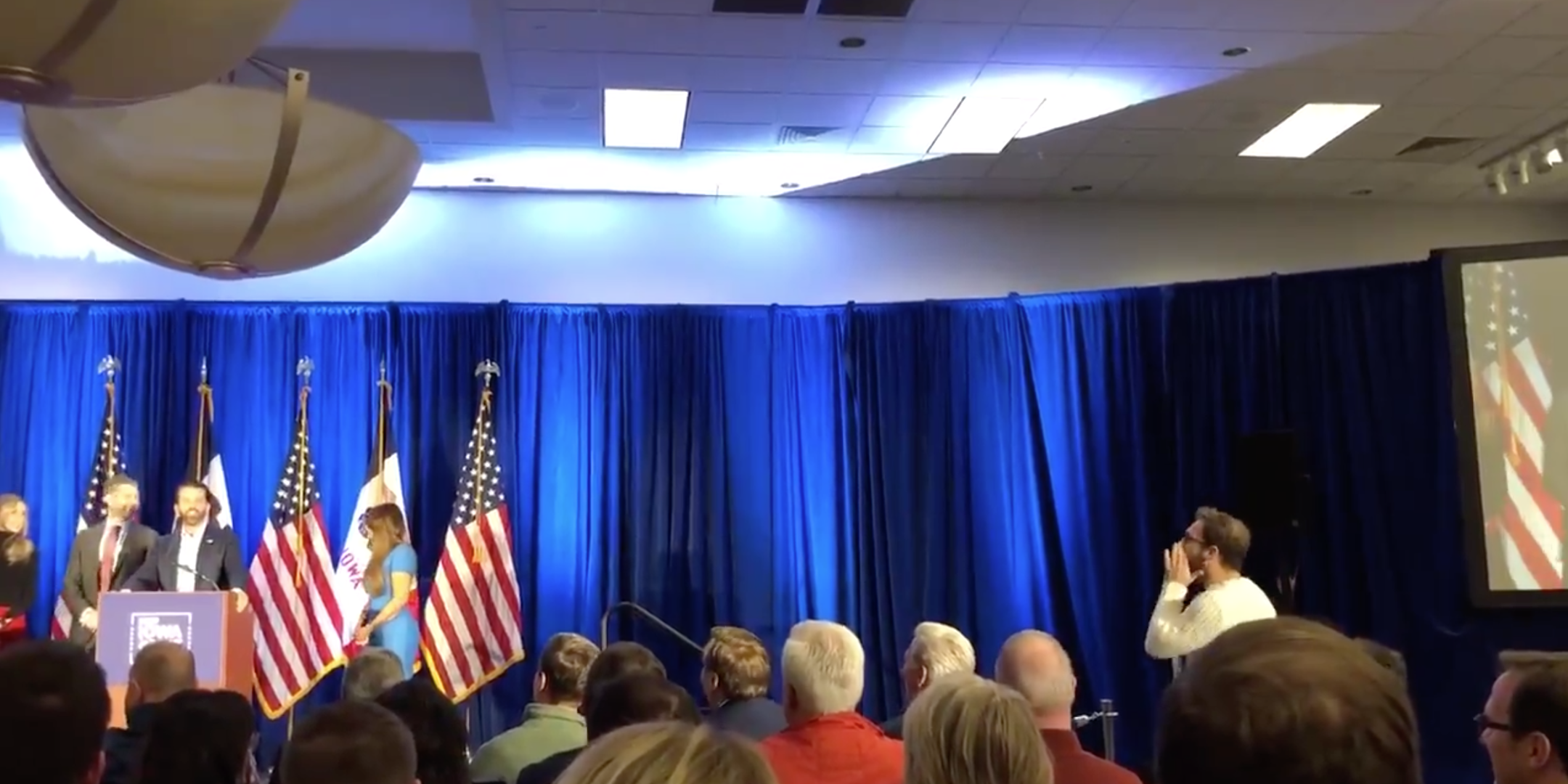 (JTA) — A Jewish protester was removed from a Donald Trump campaign rally in Des Moines, Iowa, after he interrupted the event by accusing the president of fomenting anti-Semitism.

“I’m an American Jew and ever since your father was elected president, more and more Jews are being gunned down every year,” Elon Glickman, an organizer for the Jewish-American group IfNotNow, shouted during the event Monday night while the president’s oldest son, Donald Trump Jr., was addressing the crowd. IfNotNow tweeted a video of the encounter.

The audience drowned him out by chanting “USA, USA.”

As he was dragged away, Glickman shouted at the audience: “All of you in here are killing Jews, all of you.”

“I don’t think anyone’s done more for Israel and American Jews than Donald Trump,” Trump Jr. said as Glickman was pushed out the door.

Glickman later tweeted: “They can drag me out but I’ll never stop fighting for Jewish people. @donaldjtrumpJr spreads antisemitic conspiracy theories that are killing American Jews. He & @GOP can’t hide their antisemitism behind support for Israel. Jews are rising up to fight white nationalists.”

IfNotNow, a Jewish group of millennials that protests Israel’s control of the West Bank, announced in June that it had launched a 501(c)(4), a nonprofit organization concerned with social welfare, “meant to bring the crisis of the Israeli military Occupation over the Palestinian people to the forefront of the 2020 Campaign.”

The group has raised its profile over the last year by protesting Birthright Israel in a variety of ways, including walking off the free 10-day trips. Glickman wrote in the Forward about walking off his Birthright trip in the summer of 2018.

.@donaldjtrumpjr spreads antisemitic conspiracy theories that inspire the murder of Jews. He gave an interview to the news site that called impeachment a “Jew Coup.” His father’s presidency has seen a rise in antisemitic hate crimes.#JewsAgainstWhiteNationalism are speaking out pic.twitter.com/wHOBteo8Dx