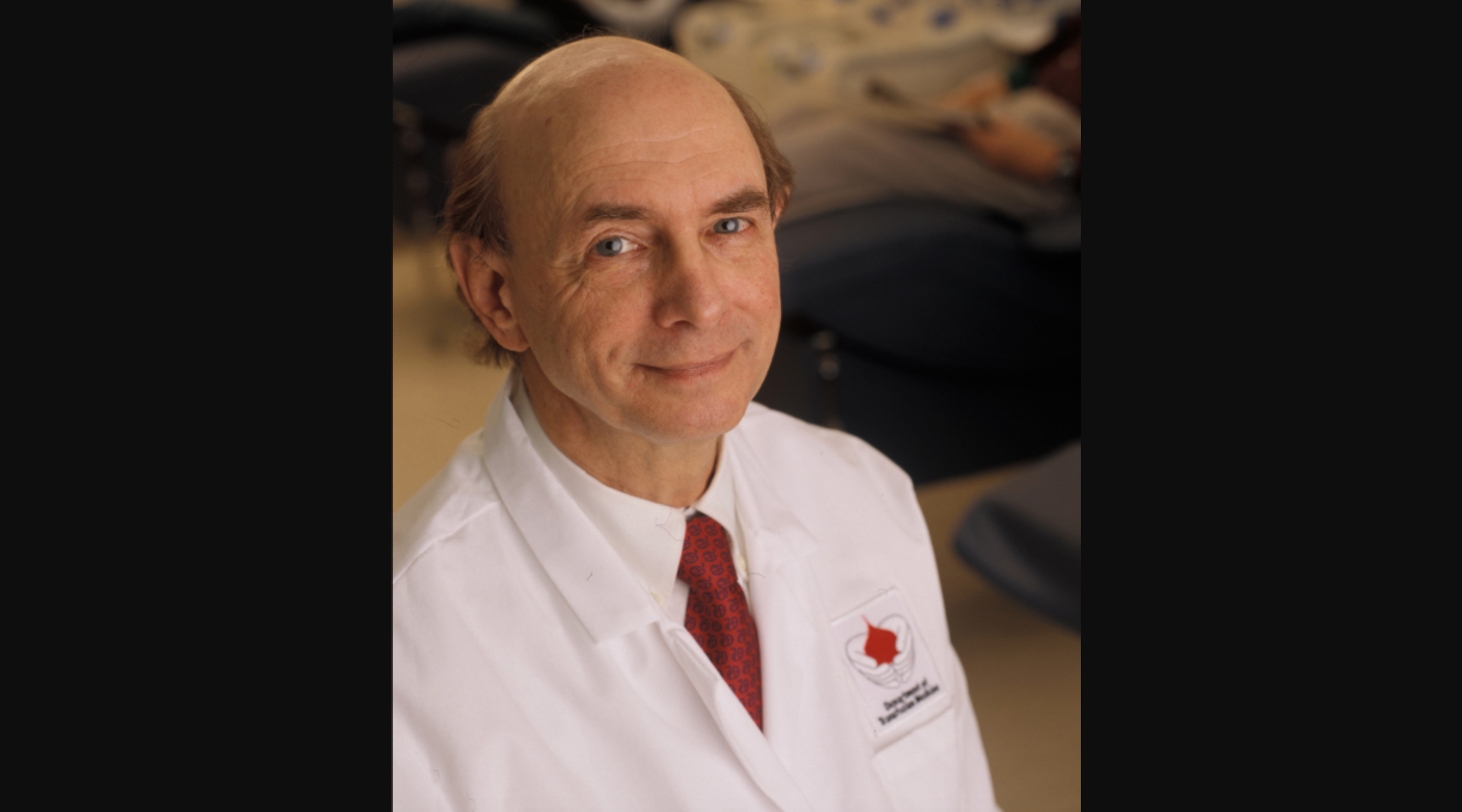 (JTA) — The Nobel Prize in medicine was awarded to three scientists who identified the hepatitis C virus, including Harvey Alter, a Jewish researcher at the National Institutes of Health.

“The Nobel Laureates’ discovery of Hepatitis C virus is a landmark achievement in the ongoing battle against viral diseases. Thanks to their discovery, highly sensitive blood tests for the virus are now available and these have essentially eliminated post-transfusion hepatitis in many parts of the world, greatly improving global health,” the Nobel committee said in announcing the prize, which also went to Michael Houghton of the University of Alberta and Charles Rice of Rockefeller University.

Alter, 85, was born in New York and attended medical school at the University of Rochester. Early in his career he worked with Nobel Prize winning scientist Baruch Blumberg, who identified the hepatitis B virus.

In 2000, he received the Albert Lasker Award for Clinical Medical Research for his work leading to the discovery of the virus that causes hepatitis C.