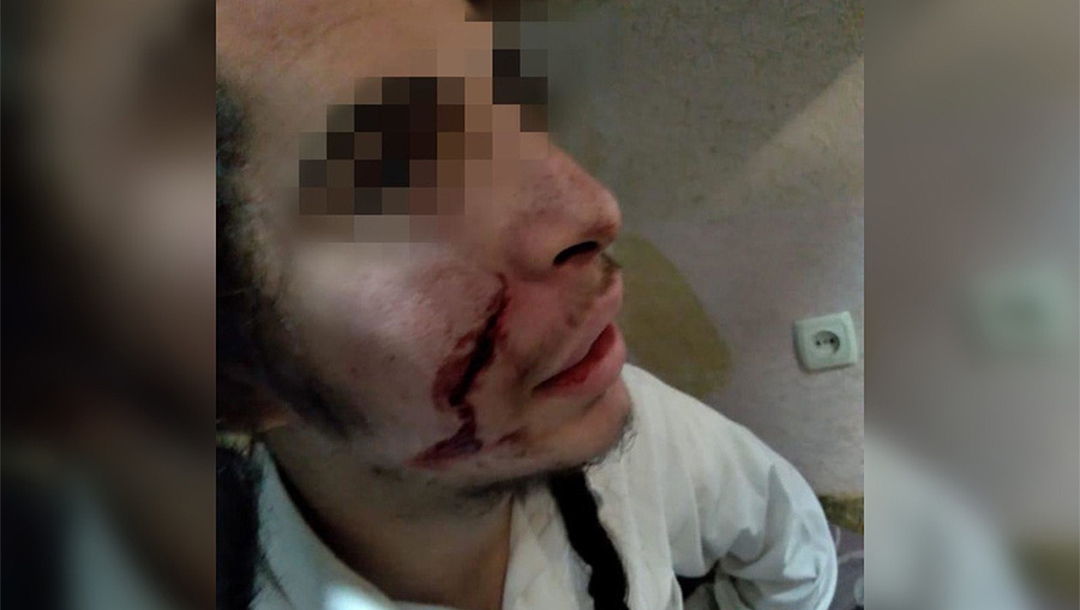 A Jewish teenager was lightly wounded in a suspected knifing attack in Uman, Ukraine on Oct. 1`7, 2020. (Courtesy of the United Jewish Community of Ukraine)
Advertisement

The incident late Saturday night occurred near the grave of Rabbi Nachman of Breslov, an 18th-century Hasidic leader whose grave is a pilgrimage site that typically attracts about 50,000 visitors annually.

According to a report by the United Jewish Community of Ukraine, one of several bodies representing local Jews, one of the teenagers, aged 17, suffered a facial wound from a knife, while the other fled the scene. The three attackers then left running, footage from a security camera showed.

Friction between locals and pilgrims has escalated in Uman in recent years, and especially during the coronavirus crisis, resulting in several violent scuffles. Robberies targeting Jewish visitors from wealthier countries are now a common occurrence in Uman.