Jewish woman, 79, hit in head with metal ball outside of Paris synagogue 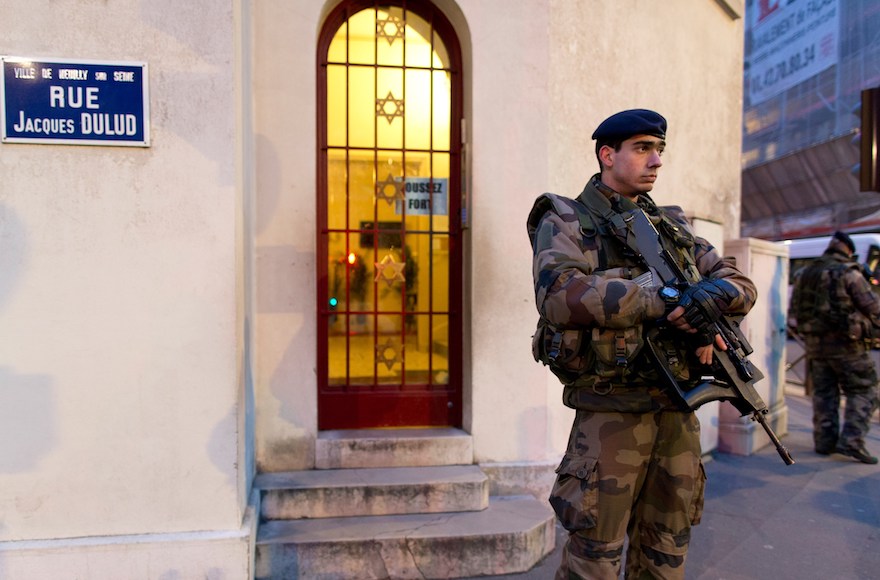 (JTA) — A 79-year-old Jewish woman was wounded outside a Paris synagogue when she was hit by a metal ball hurled at her head.

The victim was taken to the hospital with cranial damage and loss of blood. Her condition is stable, France Bleu reported Wednesday, a day after the attack in the French capital’s 11th District.

Witnesses outside the synagogue said they did not see from where the ball was hurled or by whom.

On Monday, a bowl full of water was hurled, possibly from an elevated residential apartment, at worshippers leaving the same synagogue.