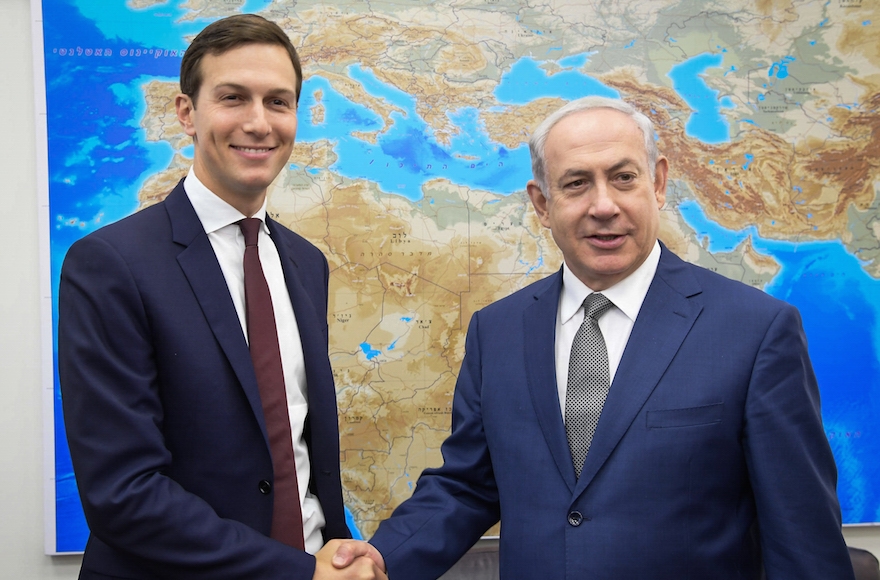 In “The Room Where It Happened: A White House Memoir,” which is due out next week, Bolton wrote that he spoke with Netanyahu before Bolton joined the Trump administration in April 2018, according to CNN and The Washington Post. Both obtained advance copies of the book.

Netanyahu “was dubious about assigning the task of bringing an end to the Israel-Palestinian conflict to Kushner, whose family Netanyahu had known for many years,” Bolton wrote, according to CNN. “He was enough of a politician not to oppose the idea publicly, but like much of the world, he wondered why Kushner thought he would succeed where the likes of Kissinger had failed.”

The Washington Post reported that Bolton wrote that Kushner was a meddler who was “doing international negotiations he shouldn’t have been doing (along with the never-quite-ready Middle East peace plan).”

The Prime Minister’s Office responded to the publication of the quotes by saying that Netanyahu “has complete faith in Jared Kushner’s abilities and resolve and rejects any description to the contrary. Kushner has greatly contributed to furthering peace in the Middle East.”

The statement added that Kushner contributed to Trump’s historic decisions to recognize Jerusalem, move the U.S. Embassy there, recognize Israeli sovereignty over the Golan Heights and helped advance Israel’s relations with the Arab world.

“With these accomplishments alone and under President Trump’s leadership, Kushner has already achieved what others before him did not accomplish. We are confident that working together we can achieve the lasting and secure peace that we all desire.”

The White House has sued Bolton to prevent the publication of the book, alleging that it contains classified information and its publication could harm national security.