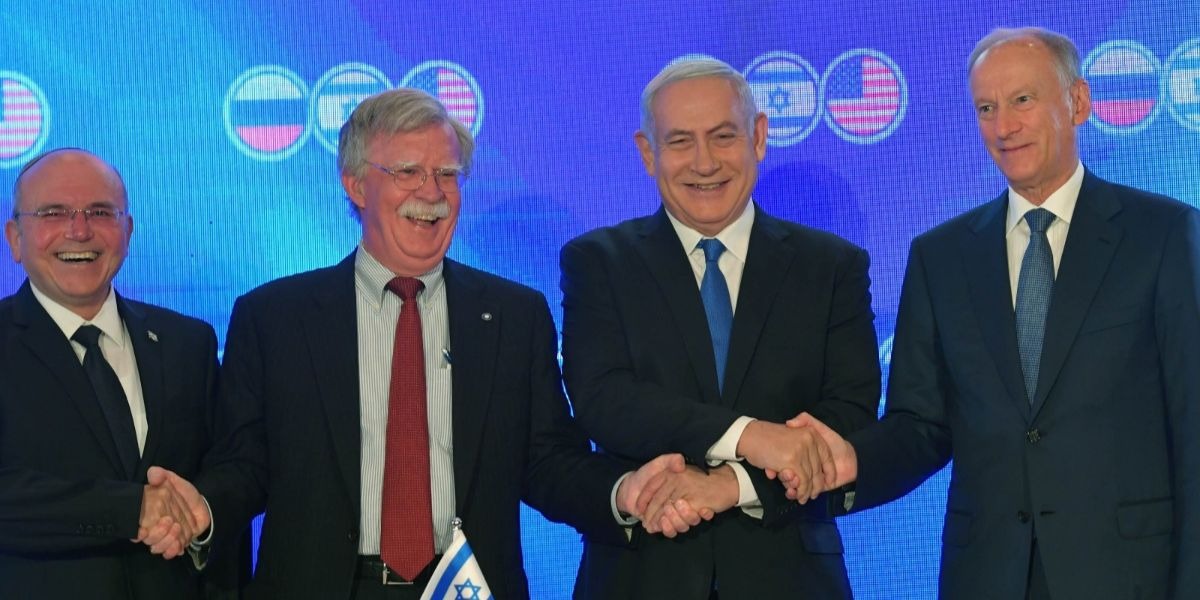 JERUSALEM (JTA) — National Security Adviser John Bolton said the United States will put “maximum pressure” in the form of sanctions on Iran if it does not return to the negotiating table.

Bolton made the statement Tuesday in Jerusalem following a three-way meeting of the national security officials of the U.S., Russia and Israel.

He told a reporter that the Trump administration is not seeking regime change in Iran, which he said is not U.S. policy, though he had lobbied for it as a private citizen.

Bolton also reiterated that the president’s decision to halt a retaliatory attack on Iranian targets following its downing of an unmanned U.S. drone that Iran says entered its airspace is not a sign of weakness.

Meanwhile, the secretary of Russia’s National Security Council, Nikolai Patrushev, told reporters that the Russian Defense Ministry has determined that the drone was in Iranian airspace. The U.S. says it was in international airspace.

Patrushev praised Iran’s presence in Syria, saying Iranian forces are “fighting terrorists on Syrian soil and stabilizing the situation there.”

Israel has called for Iran to leave Syria, viewing its presence on its northern border as a threat.

“Israel will continue to prevent Iran from using neighboring territory as platforms to attack us, and Israel will respond forcefully to any such attacks.”