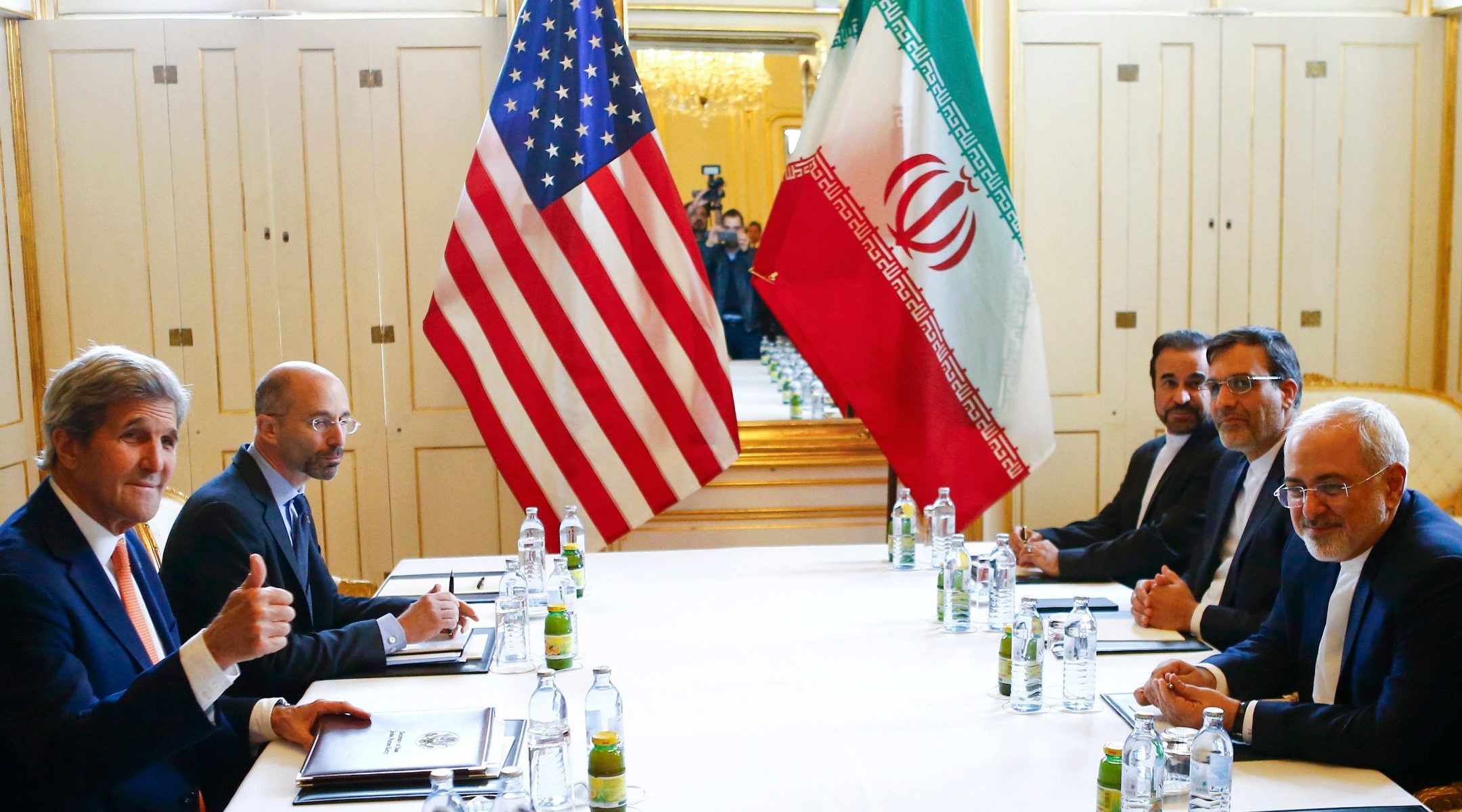 (JTA) — John Kerry, an architect of the 2015 nuclear deal with Iran, has adamantly denied that he discussed Israeli strikes on Iranian targets in Syria with Iran’s foreign minister.

“I can tell you that this story and these allegations are unequivocally false,” Kerry said Monday on Twitter following reports of a leaked taped conversation with Javad Zarif. “This never happened — either when I was secretary of state or since.”

In the conversation first leaked to The New York Times, Zarif is discussing as part of an oral history project the lock that hard-liners have on Iran’s government, and especially complaining that the military leaves him in the dark on key issues. The conversation took place in March.

Apparently describing a fraught discussion he had with military figures, Zarif recalled saying “You can’t tell me how many [Iranians] were killed in Syria, but Kerry informed me that Israel attacked you 200 times in Syria!” Zarif then confirms to the interviewer that he did not previously know about that figure.

The Times revelation led a number of Republicans in and out of government to call for Kerry to quit as President Joe Biden’s top climate official, and some called for unspecified charges to be brought against him.

However, it’s not clear when the conversation Zarif is describing took place, or whether it would have violated any law or diplomatic protocol.

Kerry, who was secretary of state under President Barack Obama from 2013 to 2017, met in a private capacity with Zarif in 2018 several times to advise him on how to keep the Trump administration in the Iran nuclear deal, which Kerry saw as one of his signature accomplishments. Then-President Donald Trump left the deal in May of that year.

Yisrael Katz, then Israel’s intelligence minister, made a policy of being more candid about Israel’s actions in Syria, believing openness would serve as a deterrent. In September 2018, Katz cited the same number of strikes, 200, as Zarif says Kerry did. Katz said the strikes took place between 2016 and 2018.

The State Department, responding to a query from the Jewish Telegraphic Agency about The Times article, pointed JTA to a statement from Ned Price, its spokesman. Price would not directly address the claim, but also noted that “if you go back and look at press reporting from the time, this certainly was not secret, and governments that were involved were speaking to this publicly on the record.”