LA Mayor Eric Garcetti said he supports move of US Embassy to Jerusalem. Pro-Palestinian groups are calling him out. 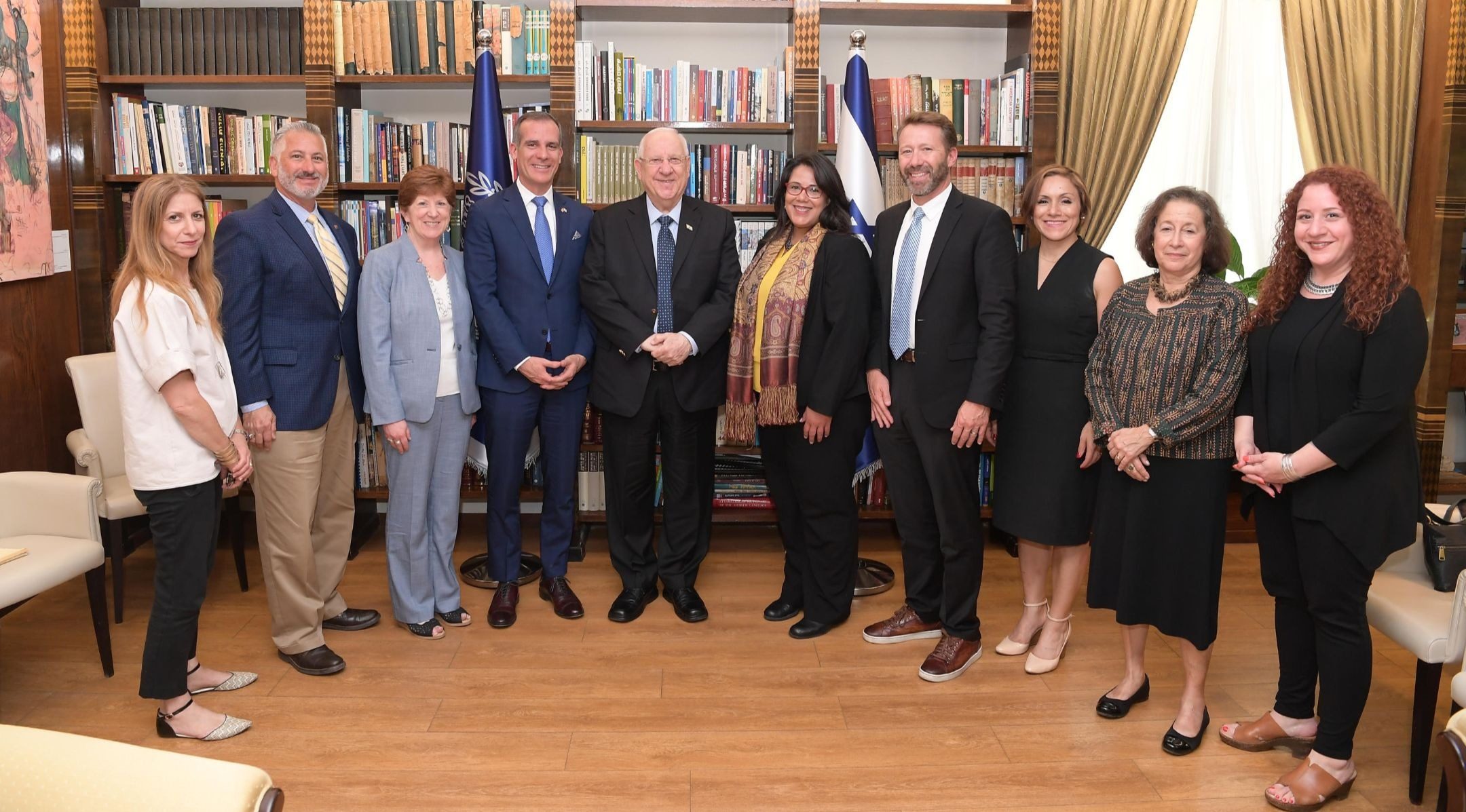 (JTA) — Pro-Palestinian groups have called on Los Angeles Mayor Eric Garcetti to retract his statement saying he supports the move of the U.S. Embassy to Jerusalem.

Garcetti, a Democrat, made the statement last week in Jerusalem while leading a delegation from the U.S. Conference of Mayors, sponsored by the American Jewish Committee Project Interchange, on a five-day visit to Israel.

“I support the embassy being here,” the Jewish mayor said in an interview with the Los Angeles Times. “Israel shouldn’t be the only country in the world that can’t determine where its capital will be, but there is usually a process to these things rather than what seems like an overnight, one-sided, partisan move.”

In response, the local chapters of the Council on American-Islamic Relations, Jewish Voice for Peace, the Episcopal Peace Fellowship’s Palestine Israel Network and other left-wing organizations called on the mayor to apologize for that support.

Estee Chandler, founder of the Los Angeles chapter of Jewish Voice for Peace, said in a statement that the mayor’s “endorsement of the illegal move to consolidate Israeli annexation of land furthers the endangering of the lives of both Palestinians and Jewish Israelis on the ground.” The group backs the Boycott, Divestment and Sanctions movement targeting Israel.

Garcetti told the Los Angeles Times on Monday that he is “pro-Palestine and pro-Israel.”

“I recognize Jerusalem as the capital of Israel. And I have always recognized Jerusalem as the capital of the independent, fully sovereign Palestinian state that we all want to emerge from negotiations toward a true two-state solution,” he said. “As I made clear in my comments last week, I disagree strongly with how the Trump administration made its decision. It was outside the scope of any talks, without balance or coordination.”