Larry King is hospitalized with COVID 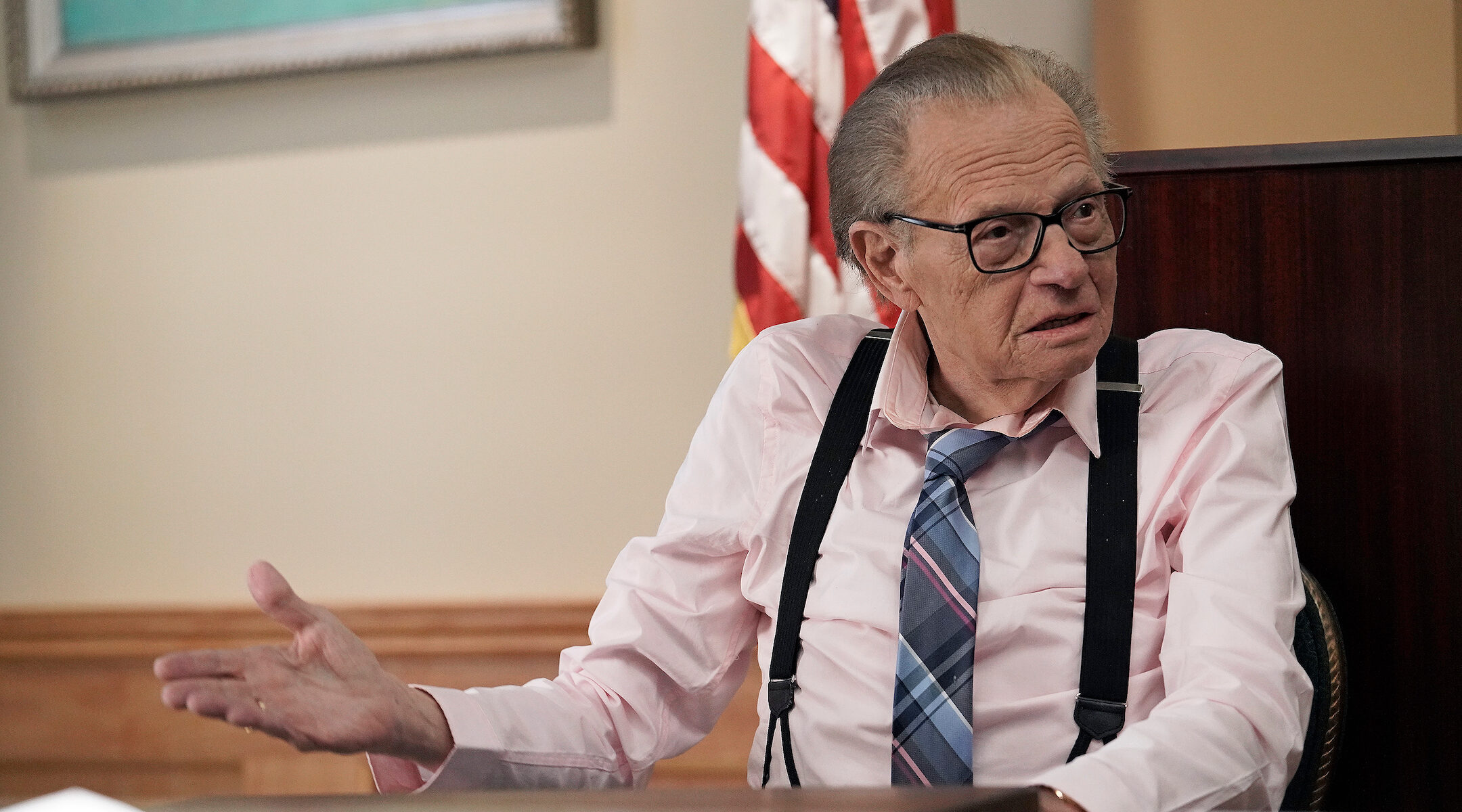 (JTA) — Larry King, the celebrity radio and TV host who is the son of Orthodox Jewish immigrants, has been hospitalized with COVID for over a week.

Roger Friedman’s Showbiz 411 site first reported the news Friday, and CNN confirmed it on Saturday through talking with an unnamed source close to King’s family.

Showbiz 411 published an update on Sunday saying the 87-year-old King is rumored to have a “50/50 or better” chance at surviving the virus.

King, best known for his decades hosting radio talk shows and for hosting “Larry King Live” on CNN for 25 years, has survived multiple heart attacks, angina and lung cancer. His three sons and other family members have not been able to visit him at Cedars Sinai Medical Center in Los Angeles.

King lost two of his adult children in 2020, one to a heart attack and another to lung cancer.

He was born Lawrence Zeiger and raised in a Jewish family in Brooklyn.