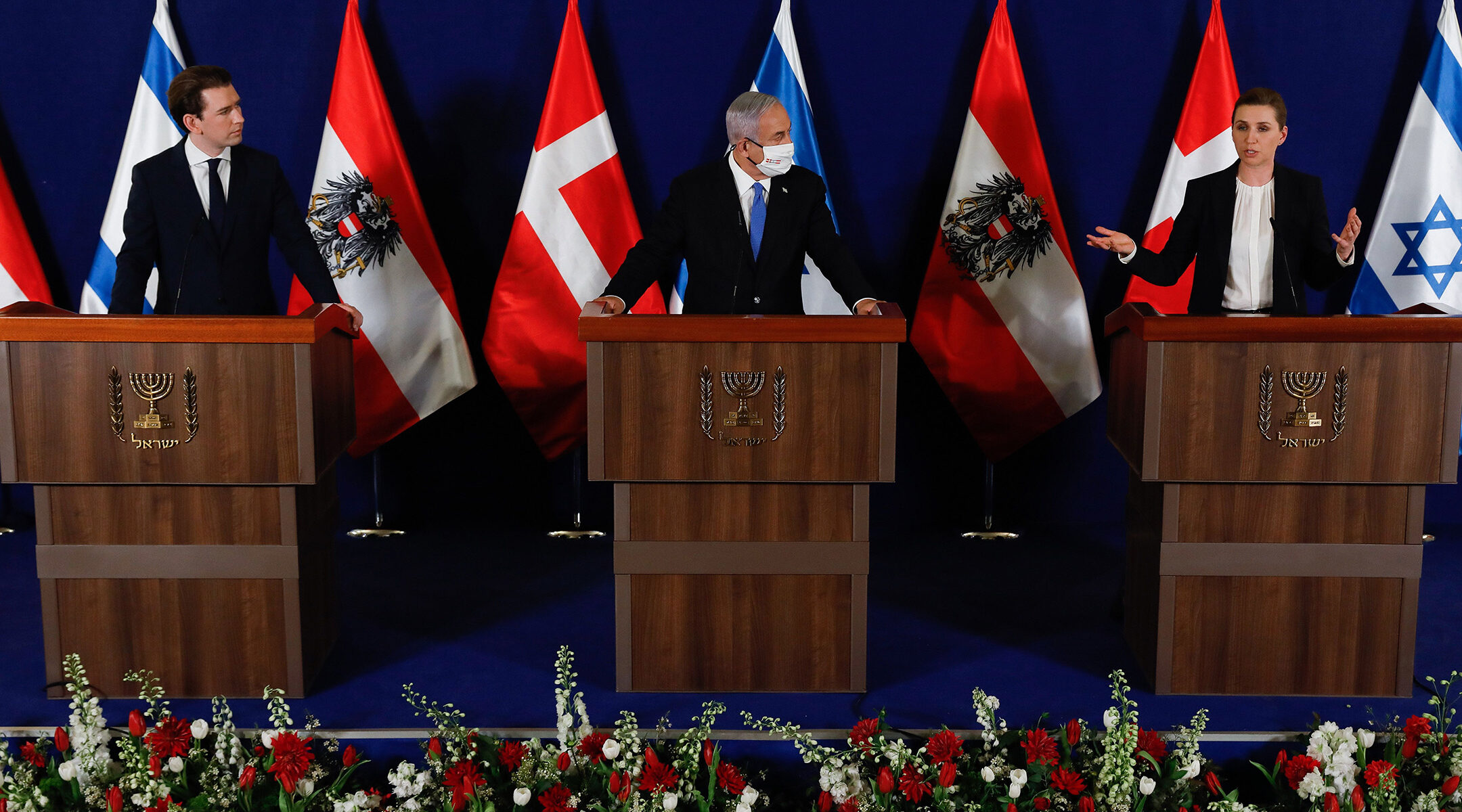 (JTA) – Chancellor Sebastian Kurz of Austria and Prime Minister Mette Frederiksen of Denmark visited Israel on Thursday to promote joint vaccination efforts amid delays in the implementation of such programs in the European Union.

After meeting with Prime Minister Benjamin Netanyahu, the two leaders told reporters that their countries would work with Israel on vaccine production against mutations of the coronavirus and jointly research treatment options in an alliance called the First Movers Group, Reuters reported.

Both Kurz, who has had a close relationship with Netanyahu, and Frederiksen have criticized the vaccine rollout in Europe. In a statement Tuesday, Kurz said the visit is part of Austria’s effort to “prepare for further mutations and should no longer be dependent only on the EU for the production of second-generation vaccines.”

Frederiksen told reporters on Monday that she does not think the EU vaccination program “can stand alone because we need to increase capacity. That is why we are now fortunate to start a partnership with Israel.”

The leaders’ visit is unusual in that Israel has largely shut down air traffic to and from its airport to curb the spread of COVID-19.

Soren Sondergaard, a lawmaker for the far-left Red-Green Alliance party, criticized Frederiksen’s desire to work with Israel, citing its conflict with the Palestinians.

“Denmark should not give Israel’s occupation and policies of apartheid [approval] in the urge to deliver vaccines to the Danish public,” The Guardian quoted him as saying.

Both Denmark and Austria have vaccinated less than 10% of their populations of 8 million and 5 million, respectively. In Israel, most of the population of 9 million has had at least one shot of the COVID vaccine.