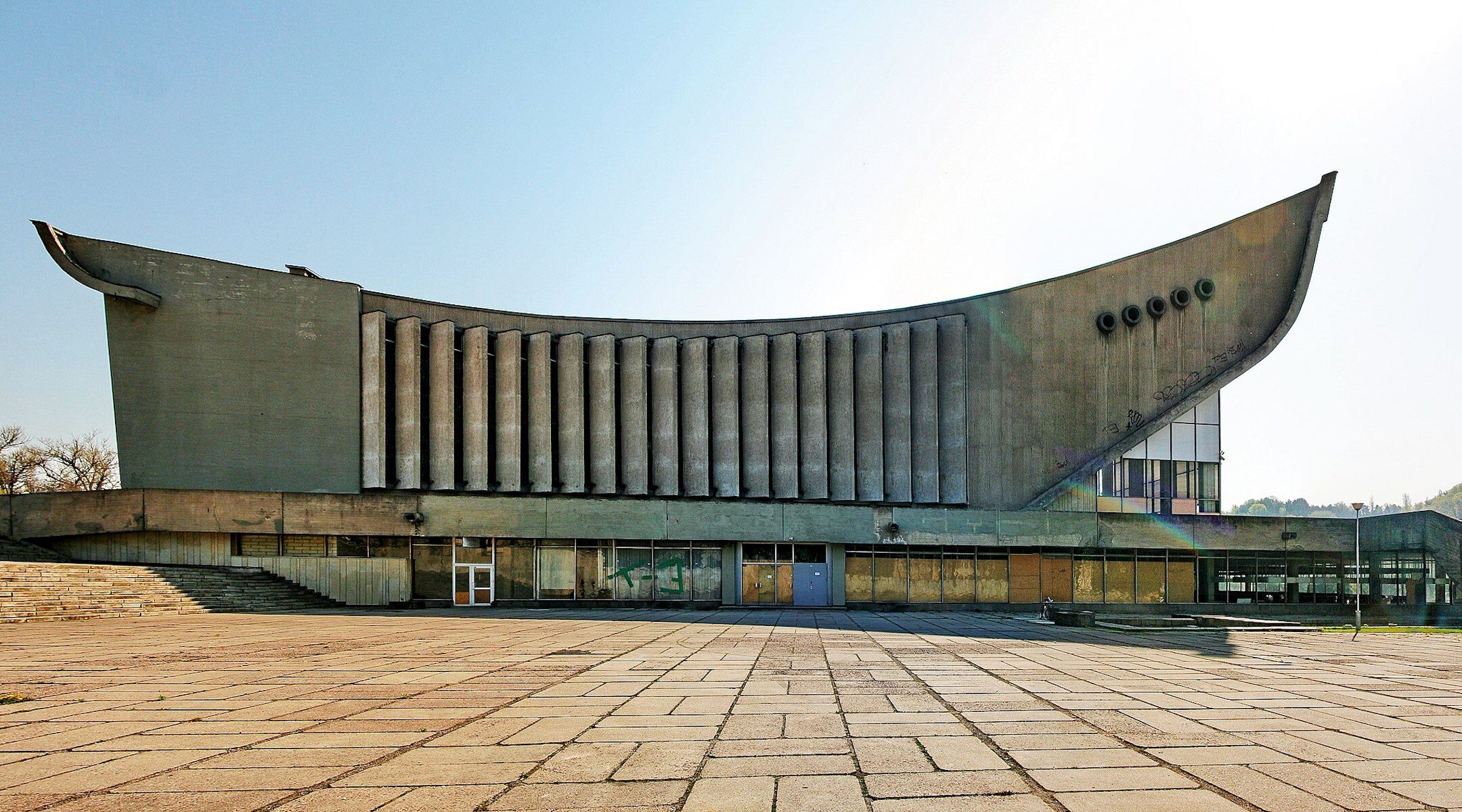 The run-down Palace of Culture and Sport in Vilnius sits atop a former Jewish cemetery. (Wikimedia Commons)
Advertisement

(JTA) — Lithuania’s government has shelved controversial plans to build a flashy conference center on what used to be a Jewish cemetery in the capital city of Vilnius because of how the COVID-19 pandemic “has changed the conference tourism market and environment.”

The Chancellery of the Government of Lithuania made the statement to the news site Alfa on Monday.

A massive, run-down former sports complex that closed in 2004 already sits on top of part of the area that used to be the Piramont Cemetery, where thousands of bodies — including many Jewish luminaries, such as the legendary 18th-century sage known as the Vilna Gaon — still lie. The government’s plan was to turn the old complex into a $25 million conference center, with construction starting in 2023.

Opponents of the plan, including Dovid Katz, a Yiddish scholar and activist who has for years has fought against the proposed conference center, and many other members of Lithuania’s Jewish community of about  2,500, have argued that the concept was an insult to the memory of the people buried there. Nazi soldiers and their collaborators was nearly wiped out Lithuania’s Jewish population in the Holocaust.

“Imagine that the Piramont Cemetery is the cemetery where the kings, priests, sages of your nation are buried,” Ruta Bloshtein, a member of the Jewish Community of Vilnius, told the Jewish Telegraphic Agency in 2015.