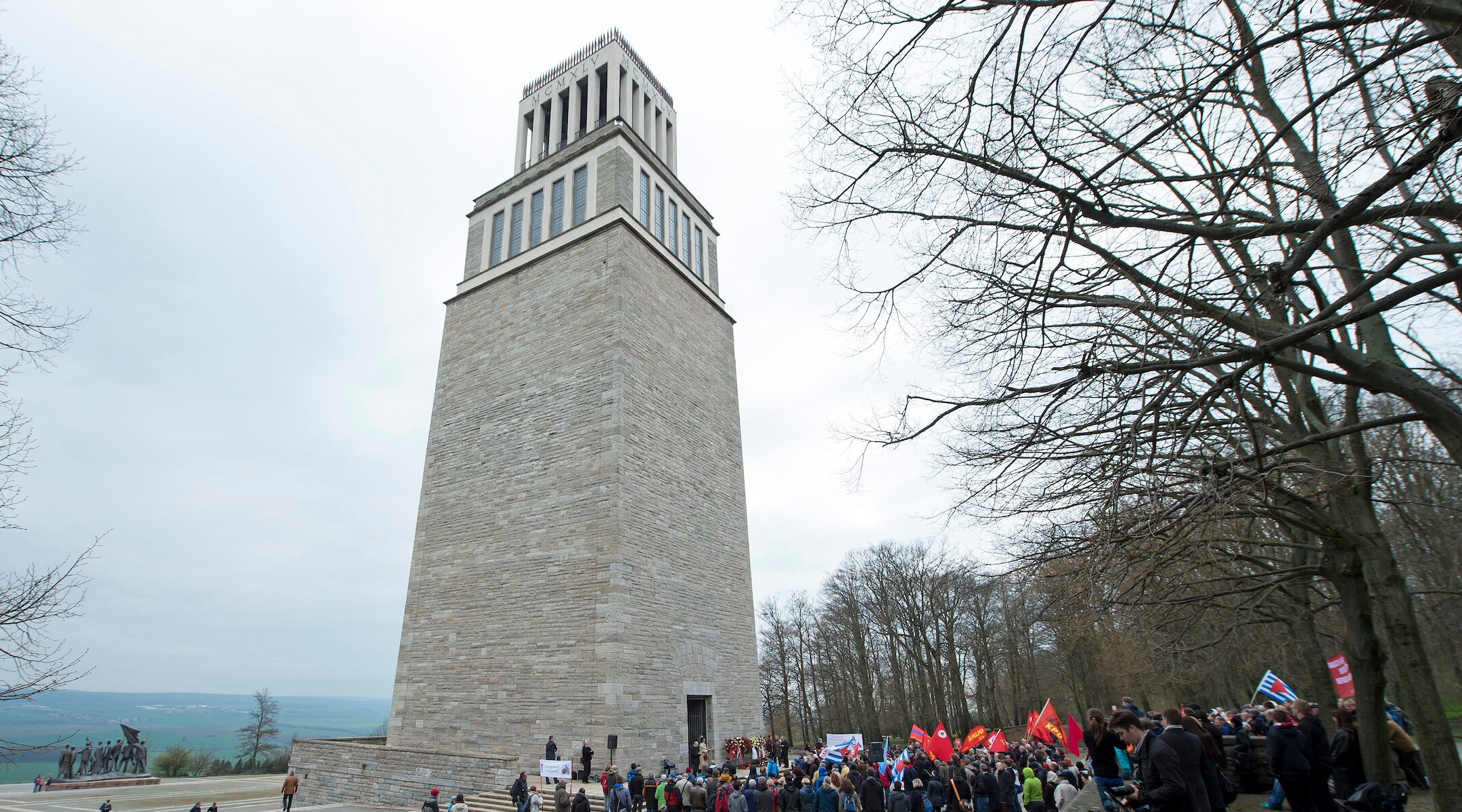 A view of the infamous bell tower at the site of the former Buchenwald concentration camp near Weimar, Germany, April 17, 2016. (ullstein bild via Getty Images)
Advertisement

(JTA) – There will be no more sledding on the grounds of the former concentration camp at Buchenwald.

Snowy weather has led to an increase of visitors traipsing up to the bell tower at the Buchenwald Memorial outside Weimar, Germany, with sleds and toboggans, a spokesperson said in a statement Thursday that announced increased security. Violators will be reported to the police.

The bell tower at the site of the former Nazi concentration camp in the hills above the city of Weimar is visible for miles around. Many thousands of victims were buried at the site just before and after the camp was liberated on April 11, 1945. The memorial was established in 1958, in what was then East Germany.

Jens-Christian Wagner, director of the Buchenwald and Mittelbau-Dora Memorials Foundation, told Spiegel magazine that he could understand that people want to get outside with their children. But recently, all the memorial’s parking spaces were occupied by winter sports enthusiasts rather than by visitors to the museum and archive.

Wagner said that some of the sled tracks ended at sites of mass graves.

Memorial spokesperson Rikola-Gunnar Lüttgenau said in a statement today that visitors are requested to “respect the dignity of the dead and refrain from any winter sports in the entire area of the former camp and its cemeteries. Sporting activities here are a violation of visitor regulations and a disturbance of the peace of the dead.”

There are problems year round with people behaving inappropriately at the memorial. Wagner said people have walked dogs and done exercises to loud music near the mass graves.

“As time passes, people forget what happened here and lose their sensitivity,” he lamented to Spiegel.

The concentration camp was established in 1937. Most of the early prisoners were male political prisoners; Jews were later sent there as well. At least 56,000 prisoners were murdered there, according to the US Holocaust Memorial Museum.