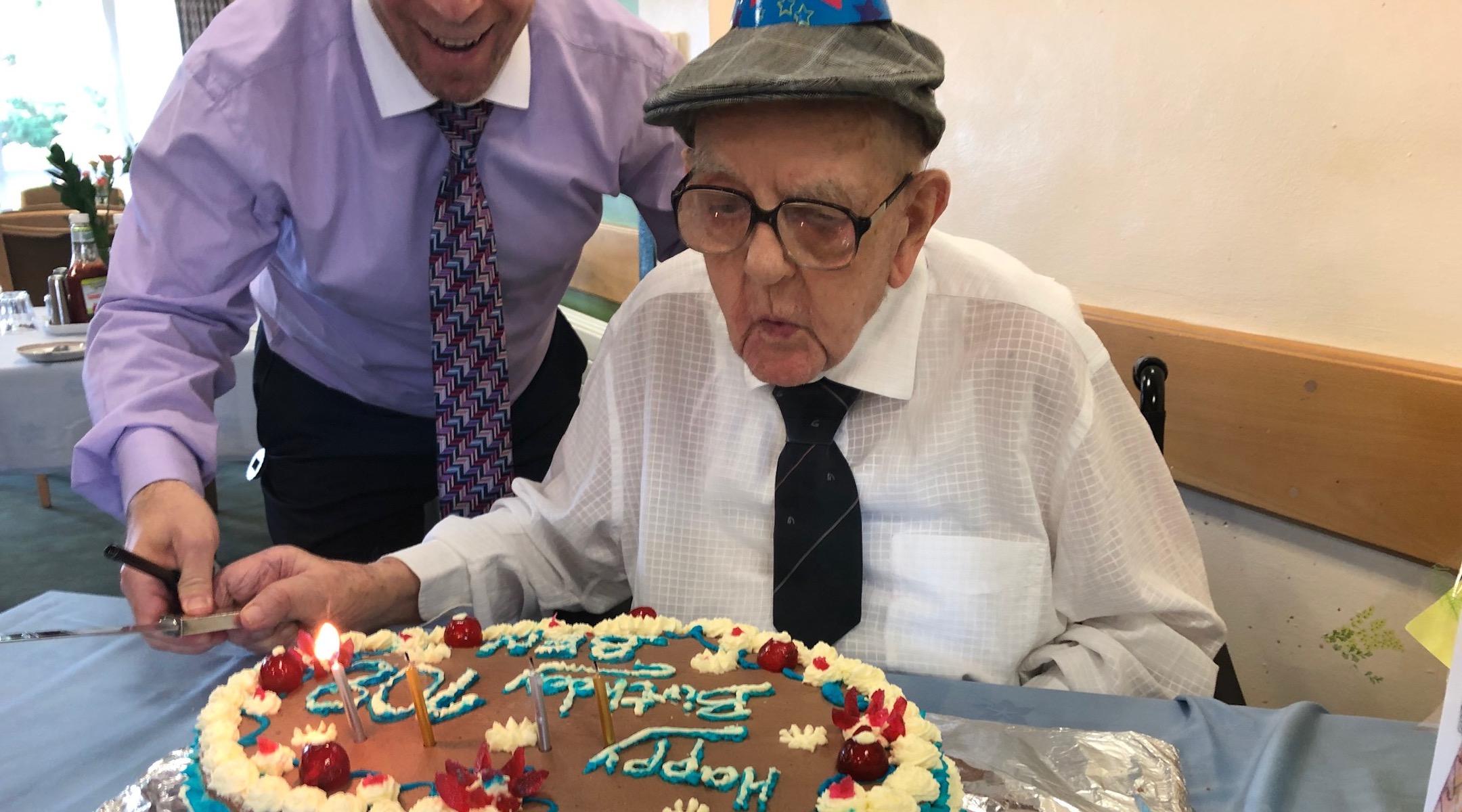 Ben Raymond is believed to be the third-oldest man in the United Kingdom. (Nightingale House)
Advertisement

(JTA) — A Jewish care home in London hosted a birthday party for a resident who is the city’s oldest man.

At the party at Nightingale House Tuesday, Ben Raymond, a retired hair dresser, celebrated with friends and family. He told a Chronicle reporter that his longevity owes to his “positive outlook” and an occasional shot of whisky, though he has recently given up drinking and smoking his pipe for health-related reasons.

Born in London’s Bermondsey district in the city’s East End, Raymond, a former member of Croydon Synagogue and later of Sutton and District Synagogue, opened a hair salon where his clients included aristocracy and film stars. Charlton Heston got his hair cut at Raymond’s salon before the filming of “Ben Hur” in 1959, Raymond told The Chronicle. He also said that Heston gave him a tip of 10 British pounds. In 1959, that sum had the buying value of about $230 today.

Raymond moved into the Jewish care home where now lives in 2012, with his late wife.  Both were over 100. She  died that year, as did their only child, Victor, at the age of 70.

Ben and Millie Raymond met through their love of dancing, he told the British-Jewish paper, and got married in 1937.

He is said to be the third oldest man in the United Kingdom.