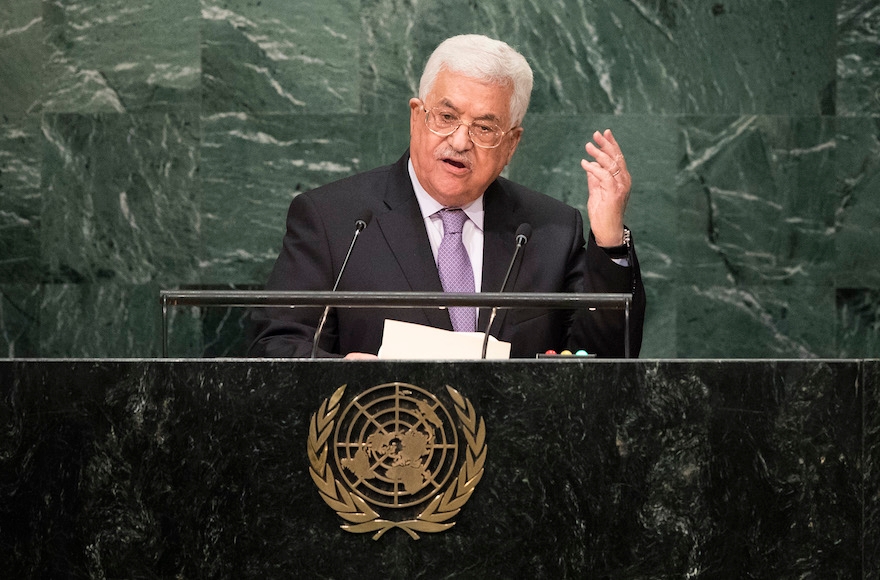 (JTA) — Palestinian Authority President Mahmoud Abbas arrived in New York City to assume the chairmanship of a major bloc of developing countries at the United Nations.

Abbas on Tuesday will succeed Egypt as the leader of the Group of 77. He is scheduled to address the General Assembly, which elected the “State of Palestine” in July to head the bloc.

“It is also an important achievement to assert the Palestinian identity in the international community, which colonial powers have tried to abolish over many centuries,”  he told the Palestinian Maan news agency.

The G-77 has recognized Palestine as a member since 1976. The bloc is made up of 134 member states, representing at least 80 percent of the world’s population, though it originally started with 77. It was designed to promote its members’ economic advancement and uses its size to leverage its negotiating capacity.

Palestine was elevated to nonmember observer state in in the General Assembly, the same status given to the Vatican, in 2012.

Last week, Abbas began serving the 15th year of the four-year presidential term to which he was elected in 2005 to replace the late Yasser Arafat.